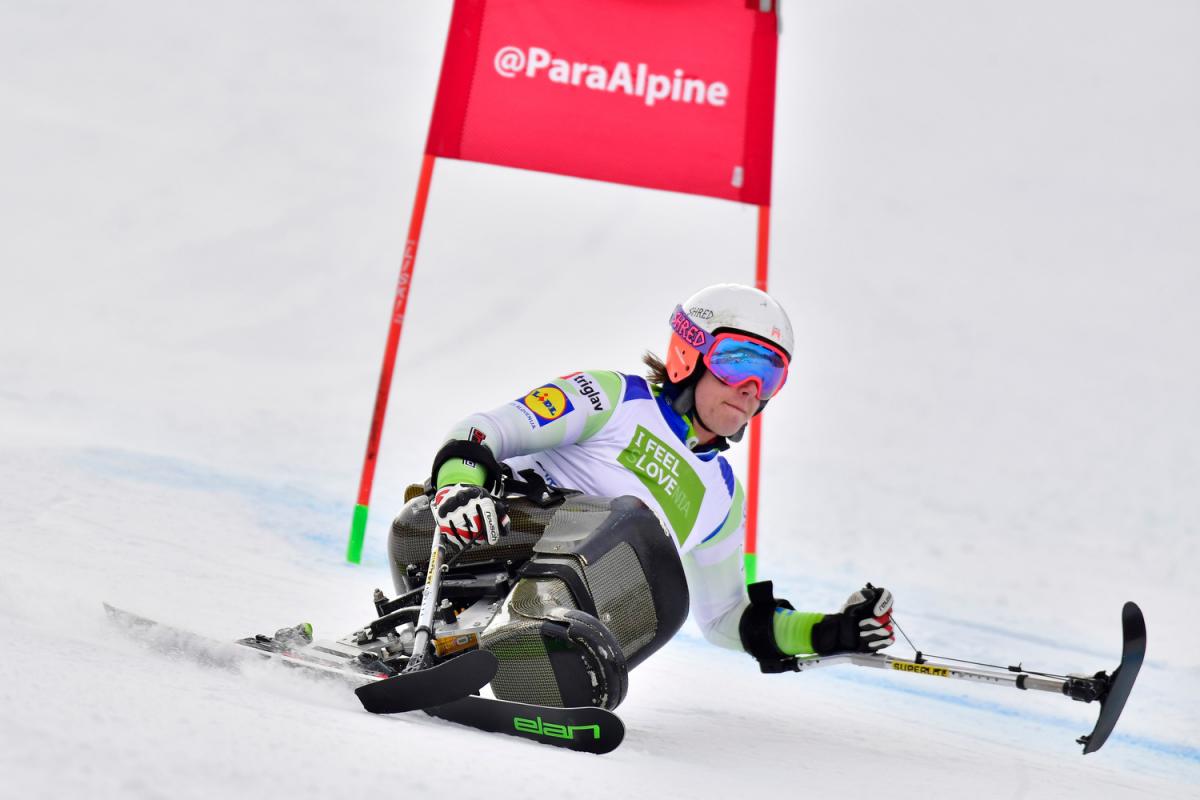 Teenage skier Jernej Slivnik is feeling quite at home at his first World Championships.

The novelty of the international event and the fact that he is the only member of the Slovenian team competing does not weigh on the 18-year-old since he is competing on his home mountain.

Slivnik took up Para alpine skiing in 2009 at Kranjska Gora, which is co-hosting the 2019 World Para Alpine Skiing Championships along with Sella Nevea, Italy. He continues to train on the mountain every winter as soon as it gets its first snowfall.

“I know every centimetre of this pitch because I’m training here almost all the time so it’s like home to me here. I feel pretty good,” Slivnik said. “It’s nice to race the home hill.”

Slivnik made his World Championships debut in the men’s giant slalom sitting on the opening day of racing. He finished both of his runs and came 17th overall out of a field of 26 athletes, seven of which were unable to complete the race due to a tough course and challenging conditions.

Another perk of racing at his home mountain, aside from knowing the terrain by heart, is that Slivnik’s family lives just 20 kilometres away.

“They all are here and it was amazing,” Slivnik said. “It gives me extra energy. It’s nice to hear them on the course.”

Slivnik has one special fan from his hometown Jesenice who follows and supports his racing, National Hockey League player Anze Kopitar who also served as alternate captain to Slovenia’s national team at the 2014 Olympic Games.

“We’re good friends. He’s my neighbour and we know each other since I was born,” Slivnik said of Kopitar, who similarly began his sporting career at Kranjska Gora, in the local ice hockey club HK Kranjska Gora.

“He’s still my idol and probably will be until the end of my career. He’s supporting me and what I’m doing and this means a lot.”

The two athletes go on walks together with their families when Kopitar returns to Jesenice in the off-season and chat on the phone during their winter competitions, although the duo have yet to go skiing together.

“I don’t know if he skis, but I think if he would ski, he would be good,” Slivnik said.

Slivnik’s next, and final race, at the 2019 World Championships is the slalom on Wednesday (23 January), and he’s looking forward to skiing in front of home crowds again.

“For the first World Championships here, the goal is just to have fun and gain some experience. But in the future I want to be one of the best,” he said.

You can watch all the action from the Championships on World Para Alpine Skiing’s website, where live results are also available.