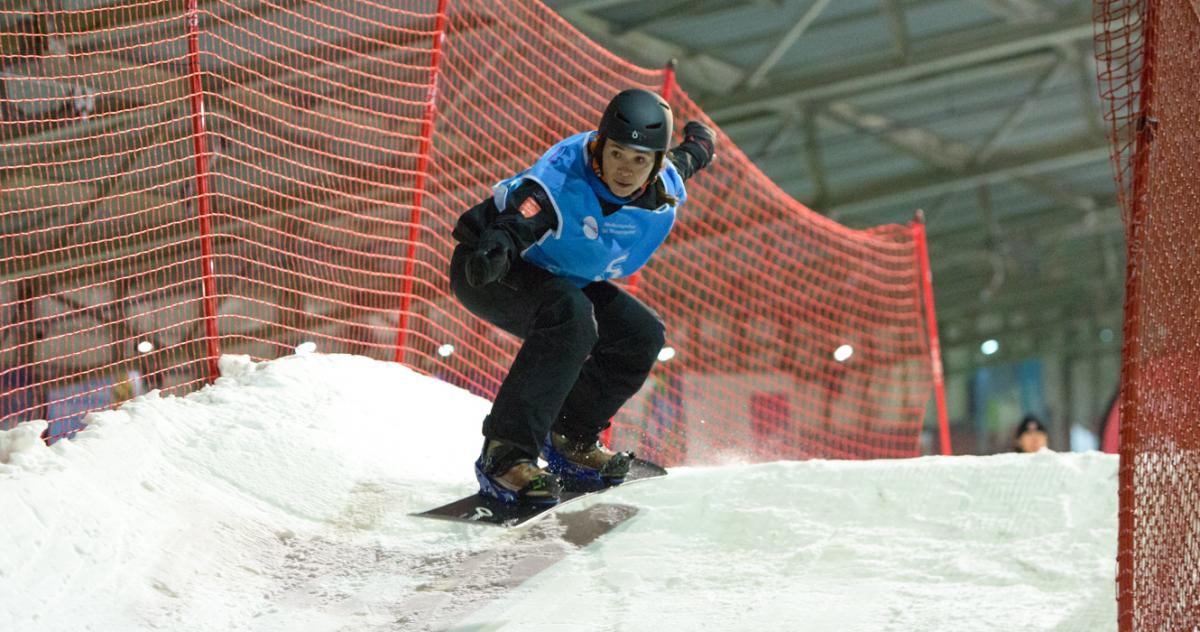 Bibian Mentel-Spee was chosen to be the athlete voice on the World Para Snowboard Sport Technical Committee after being re-elected as the Athlete Representative.

The vote by 21 athletes from around 15 countries was held during the 2017 World Championships on Sunday (5 February) in Big White, Canada. Mentel-Spee will serve a second two-year term, acting as liaison between the athletes and the decision makers in the sport, as well as a direct link to the International Paralympic Committee’s Athletes’ Council.

“I think it is really really important that the athletes have a voice, and I’m really honoured that the athletes chose me to be that voice,” said Mentel-Spee, who defended her snowboard-cross SB-LL2 World Championship title on Saturday (4 February).

“I’m so passionate about this sport and I just want to see it grow and make it work.”

When asked about her priorities for her second term, Mentel-Spee said: “To get the sport at a more stable level. Right now there are so many insecurities.

“Right now in the STC [Sport Technical Committee] there are only alpine skiers in there. And I think it is really important to have a voice in there that is dedicated to our sport in the STC who can make decisions. I think that is my priority No. 1 because I think that can make the change for our sport. And we will always have to be keeping the athlete voices in mind.”

The results were close, as Australia’s Joany Badenhorst was also in the ballot for the role; the 22-year-old won Worlds bronze in the women’s snowboard-cross SB-LL2 on Saturday.

“[Over my last term] I’ve been discussing things with [Joany] as well as with the more senior riders and with the younger riders. And that is why I’m happy Joany stepped up in saying she wanted to be an athlete rep because she is representing the youth,” Mentel-Spee, 44, said.

“Yesterday one of the Austrian guys said, ‘Oh you’re really the mom of the sport.’ And I want the younger athletes to feel free to speak to athlete reps. And Joany is a good example of that.”

A vote for the Nordic skiing Sport Technical Committee Athlete Representatives will be held at their World Championships, which will be from 10-19 February in Finsterau, Germany.

Big White 2017 will continue on Monday (6 February) with banked slalom training; finals will follow on Tuesday (7 February) with the Closing Ceremony held the next day.

Live results will be available at BigWhite2017.