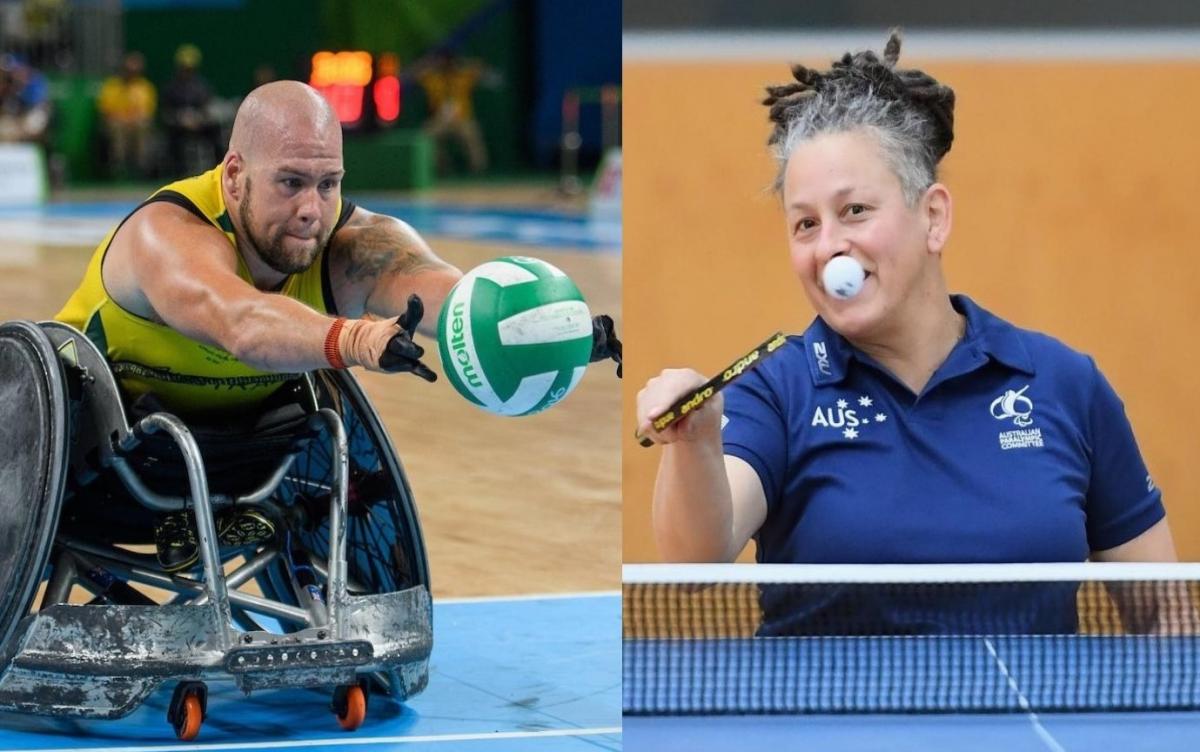 Di Toro will return to the role for a second consecutive Games, after previously sharing the 2016 captaincy with wheelchair racer Kurt Fearnley who retired from Australian representation last year. It was Fearnley who personally passed on the responsibility of the role to Batt, at an emotional and unpublicised meeting.

Together with McLoughlin, Di Toro and Batt will use their wealth of experience to lead the Australian Team through the Tokyo 2020 Games campaign, and further enhance the platform built during the Rio campaign focused on connecting current athletes to the wider movement and its history.

“Australia has enjoyed a long history of success at the Paralympic Games, but as the Paralympic movement continues to grow – and the Games become more and more competitive – it has never been as important as it is now to foster a culture that supports success with a strong team spirit,” McLoughlin said.

Anderson believes both Di Toro and Batt were the outstanding candidates for the roles among a hugely talented list of potential candidates and is confident the imminent future of the Paralympic movement in Australia is in safe hands.

“With decades of experience representing their country at the Paralympic Games, and natural leadership skills which have seen them appointed to senior roles both within their sports and the wider Paralympic movement, Danni and Ryley are the perfect leaders to help us steer our campaign towards success at the next Paralympic Games,” said Anderson.

Di Toro, who made her Paralympic debut in wheelchair tennis in 1996 before transitioning to Para-table tennis in 2016, is a two-time Paralympic medallist and winner of 20 Grand Slam titles. She was the 1999 Australian Female Paralympian of the Year and the recipient of an Australian Sports Medal in 2000.

On her reappointment as co-captain, Di Toro said: “It’s beyond humbling. The first time was such a proud moment, but the second time...not many people get to do that.

“I think about the Priya Coopers [three-time Paralympic swimmer and co-captain of the 1996 Australian Paralympic Team] of our community who have been incredible, long-standing contributors in so many ways, and I feel like I’m not even close to that, so it seems like an incredible, stupid, ridiculous honour – and I’m grateful for it,” said Di Toro, who was confident that Batt will not only go down in history as one of the greatest wheelchair rugby players of all time, but also a formidable co-captain of the Australian Paralympic Team.

Batt helped lead the Australian Steelers to their first Paralympic gold medal in 2012, and carved his name in history once again as a member of the first wheelchair rugby team to win consecutive Paralympic gold medals and a world title in a four-year period, when the Steelers won gold at the 2014 World Championships and 2016 Paralympics.

Batt said: “It’s hard to put into words what it means to me to be named as co-captain. To not only represent Australia at a Paralympic Games, but to captain, is something I never even dreamt of. It’s a proud, proud moment.”