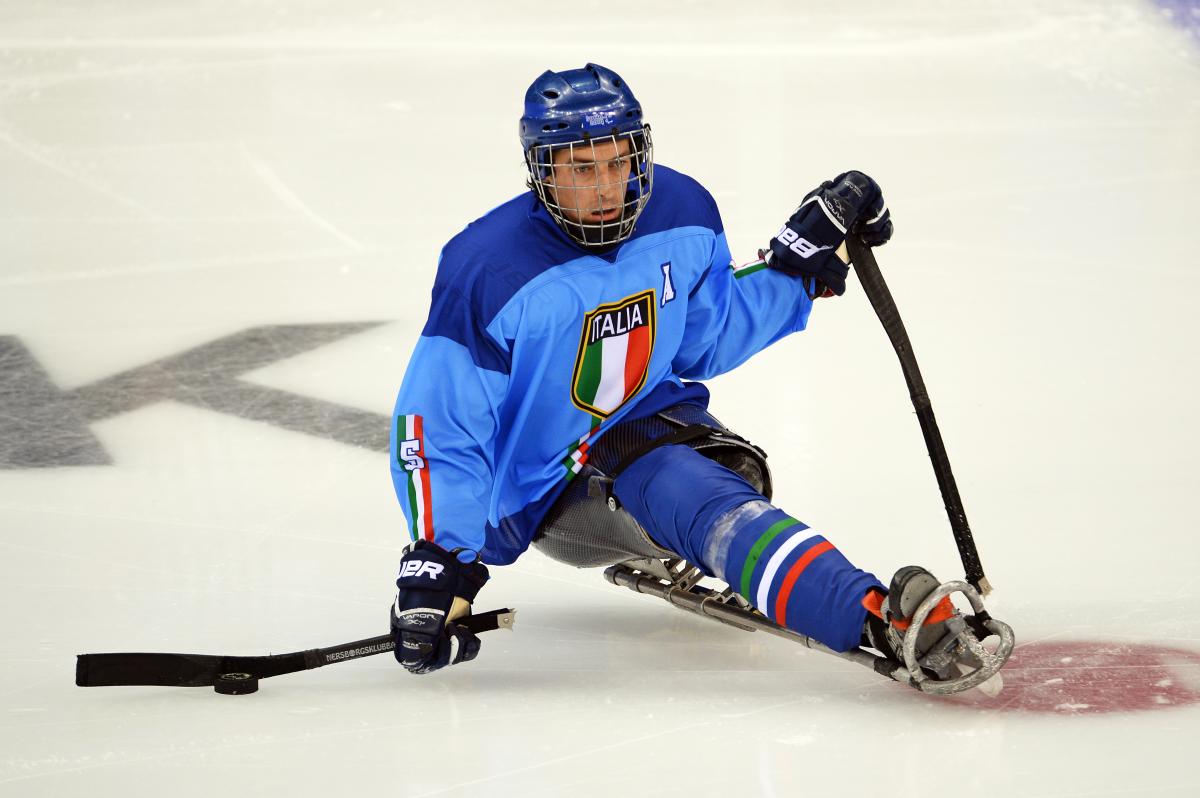 Florian Planker will carry the flag for Italy at PyeongChang 2018

“I’m proud of what I have done over the last 22 years and it would be great to close my career with a Paralympic podium."

Para ice hockey player and five-time Paralympian Florian Planker has been named as the first national flag-bearer at PyeongChang 2018. Planker will carry the flag for Italy at the Opening Ceremony of the Paralympic Winter Games after being nominated by Italian Paralympic Committee President Luca Pancalli.

Planker was born in Selva di Val Gardena, Bolzano, in 1977, and his left leg amputated at the age of 17 following a motorcycle accident.

“I have practiced sport since I was four years old,” said Planker. “Sport helped me in the rehabilitation phase after the accident, to travel the world, to meet other disabled guys. Sport has been an added value in my life”.

He is a Games veteran, having competed at five previous editions of the Paralympics: Nagano 1998, Salt Lake City 2002 and Torino 2006 as an Alpine skier, Vancouver 2010 and Sochi 2014 as a member of Italy’s Para ice hockey team.

“After five Paralympics it’s a great honour, for me, to represent Italy during [the] Opening Ceremony,” Planker said.

The Super G bronze medallist from Salt Lake City 2002 won both the European title and European silver medal when he switched to Para ice hockey, and he’s hoping Italy can put in another strong performance in PyeongChang.

“Despite being few, in Italy, to practise hockey, we can compete with countries that have a strong tradition in this sport,” he explained.

“I’m proud of what I have done over the last 22 years and it would be great to close my career with a Paralympic podium. We know there will be lot of strong teams in PyeongChang but every match starts on 0-0 and we will do our best to win a medal.”