'What I love about skiing is the freedom to be out in nature and ski like everyone else,' says German skier who started off 2020-21 season with eight victories 14 Jan 2021
Imagen 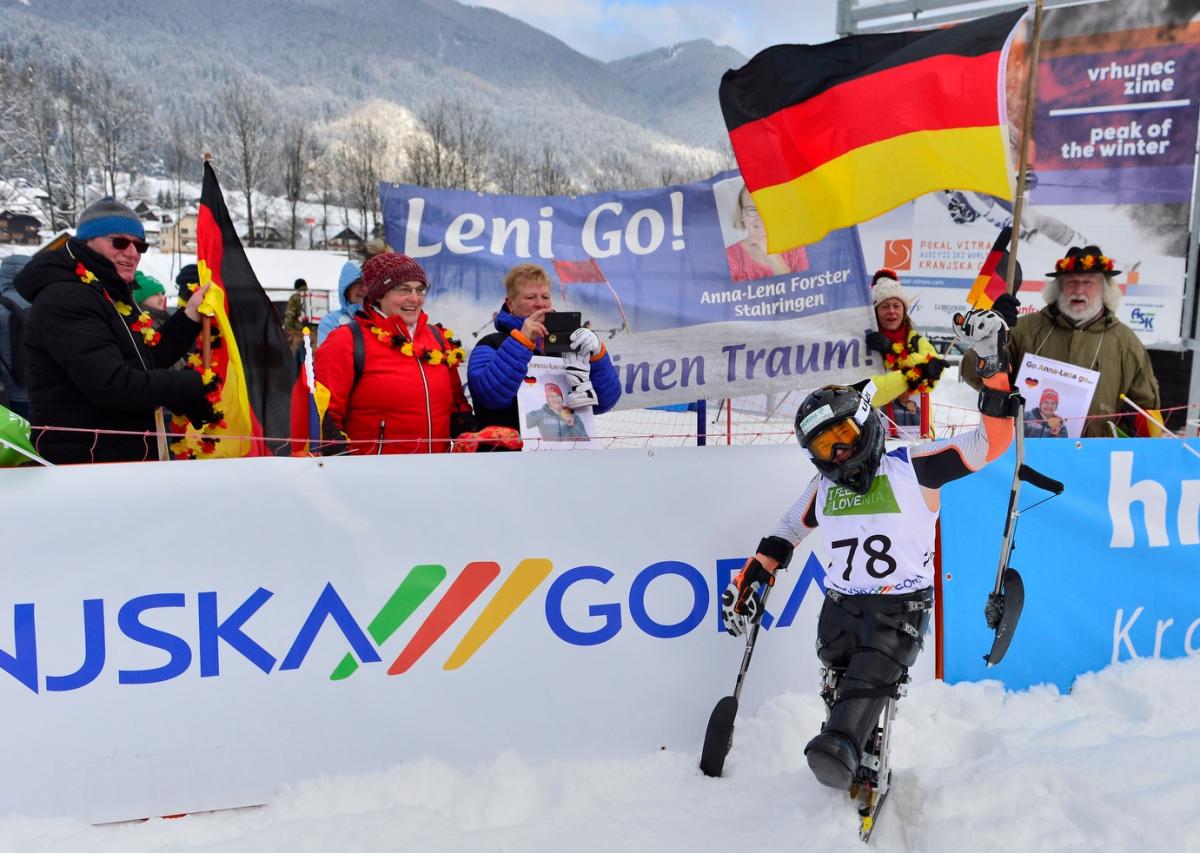 When it comes to the women’s sitting class in Para alpine skiing, Anna-Lena Forster always draws the spotlight. From her lightning-fast speed to her custom-made ski design - made to look like a car prototype - the German sit skier is certainly hard to miss.

A double Paralympic champion, world champion and a winner of three Crystal Globes, Forster’s results on the Para alpine circuit over the past three seasons are impressive, and her start to the 2020-21 season no less so.

Her latest triumphs include winning four out of four gold medals in the first two Europa Cup stages, held in Austria in November and December. She added another four gold medals to her tally during the year’s last races in St. Moritz, Switzerland.

But all this would not have happened if Forster decided to quit skiing. The 25-year-old athlete picked up the sport at age six, but initially had mixed feelings about it.

“I can remember that as a child I did not like everything about skiing. At my first ski courses I often cried because I felt very cold or my leg hurt,” Forster said. “The older I got, the more aware I became of what I love about skiing: freedom. The freedom to be out in nature and ski like everyone else. The freedom you feel when you stand on a mountain and you can look over everything.”

Forster joined a junior ski team at age 11 and from then on her commitment to the sport was rock solid.

Now she is often seen crossing the finish line in first place to loud cheers from her family. Her relatives come to support her at big competitions and were among the most spirited fans at the 2019 World Para Alpine Skiing Championships in Kranjska Gora, Slovenia where Forster won her first world title.

Of the 13 major medals Forster won since coming on the Para alpine circuit, her first gold, in super combined, at the PyeongChang 2018 Paralympic Winter Games stands out the most.

“The Paralympics are the most important and biggest event for us athletes. The whole world is watching and you have been preparing for these competitions for years. To reach the highest possible place there was my big dream – so my dream came true,” she said.

While Forster’s specialty so far were the technical disciplines, she also got her first speed medal at the World Championships in 2019, taking silver in downhill behind seven-time Paralympic champion Anna Schaffelhuber.

So is the technical expert warming up to the speed events?

“Yes, I have been enjoying the speed disciplines for quite some time now and I was also very good in the downhill in PyeongChang before I crashed,” Forster said. “The problem is that we don't get the chance to train the fast disciplines as often and therefore we lack confidence in these disciplines.”

For now Forster is putting her sporting career first, especially with the Lillehammer 2021 World Para Snow Sports Championships and Beijing 2022 Paralympic Winter Games a little over a year away. But she is also thinking ahead to her future.

The German skier is pursuing a bachelor’s degree in psychology and submitted her thesis to the university this summer.

“I was surprisingly relaxed most of the time,” she said of the rush to hand in her dissertation. “It was only in the last few days that the typical panic broke out in which everything came all at once. I had not scheduled enough time for corrections and was super stressed and totally unsure about what I had written.

“After I had handed it in on time, I was super relieved and now I am very happy to have done this big part of my studies.”

Forster hopes to finish her studies by the end of 2021, but is not yet sure what kind of work she would like to do after her sports career. Not that it worries her. After all, Forster still has a few years - and possibly a few Paralympic Games - to go before making that decision.