The first Europa Cup races of the 2020-21 World Para Alpine Skiing season finished in Resterhohe, Austria on Sunday, November 29 with the three Aigner siblings earning the host nation four gold and one bronze to take it to the top of the medals tally.

Two Europa Cup slalom races were held on 28 and 29 November. They followed two earlier WPAS slaloms, held on 26 and 27 November at the Austrian ski resort.

“Thank you Austria for organising the first race of the season. Everything was excellent,” said Anja Skutelj, World Para Alpine Skiing race director.

Veronika Aigner, and twins Johannes and Barbara Aigner - all under 18 - got five out of the 11 medals the Austrian team won at the first Europa Cup.

Veronika Aigner, the slalom Crystal Globe winner of the 2018-19 season, was skiing with substitute guide Eric Digruber instead of her usual guide, sister Elisabeth Aigner, who suffered a fall before the competition.

While Austria was in full lockdown for much of March and April due to the coronavirus pandemic, its Para alpine team was able to resume training on the glaciers in May and return to top shape in time for the November competition.

“We were really lucky because professional sport was under good guidance from the Austrian Ski Federation and we got really good support,” said Markus Gutenbrunner, head coach of Austria’s Para alpine skiing team.

“It was possible for us to do all our training plans. We’ve already had more than 50 days on snow this season. It was also not a problem during the summer. We had three camps in Switzerland and everything was normal," added Gutenbrunner.

Germany was the second most successful nation at the Europa Cup in Resterhohe with Anna-Maria Rieder sweeping gold in the women’s standing races and Anna-Lena Forster also doubling up in the women’s sitting.

Russia got five medals, behind Germany’s nine. The country’s top skiers, Aleksei Bugaev and Varvara Voronchikhina, were still getting the feel of racing and finished one race each.

“The weather, and the snow and slope conditions were good and prepared well, which I was very happy to see. The chief of the race did a great job,” Bugaev said. “I am not yet happy about my own racing, but the season just started as did our team’s preparation, so we will continue to improve our form.”

Rene de Silvestro made it double gold for Italy in the men’s sitting.

Croatia and Slovenia were also represented on the podium thanks to Damir Mizdrak’s silver and bronze in men’s vision impaired and Jernej Slivnik’s double bronze in men’s sitting, respectively.

The Resterhohe races were held under strict public health rules to prevent the spread of coronavirus. This included COVID testing for all athletes and staff, social distancing in all public areas, and mandatory masks, among other measures.

The Para alpine competitions will continue from 3 to 6 December with two WPAS and two Europa Cup giant slalom races to take place in Kaunertal, Austria. 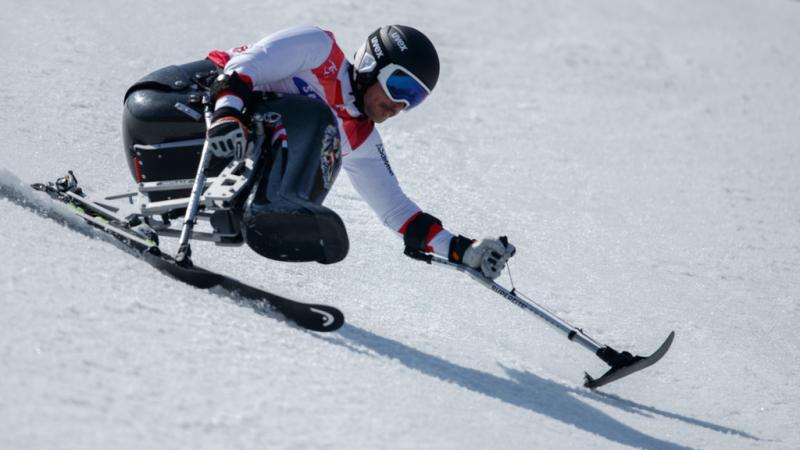