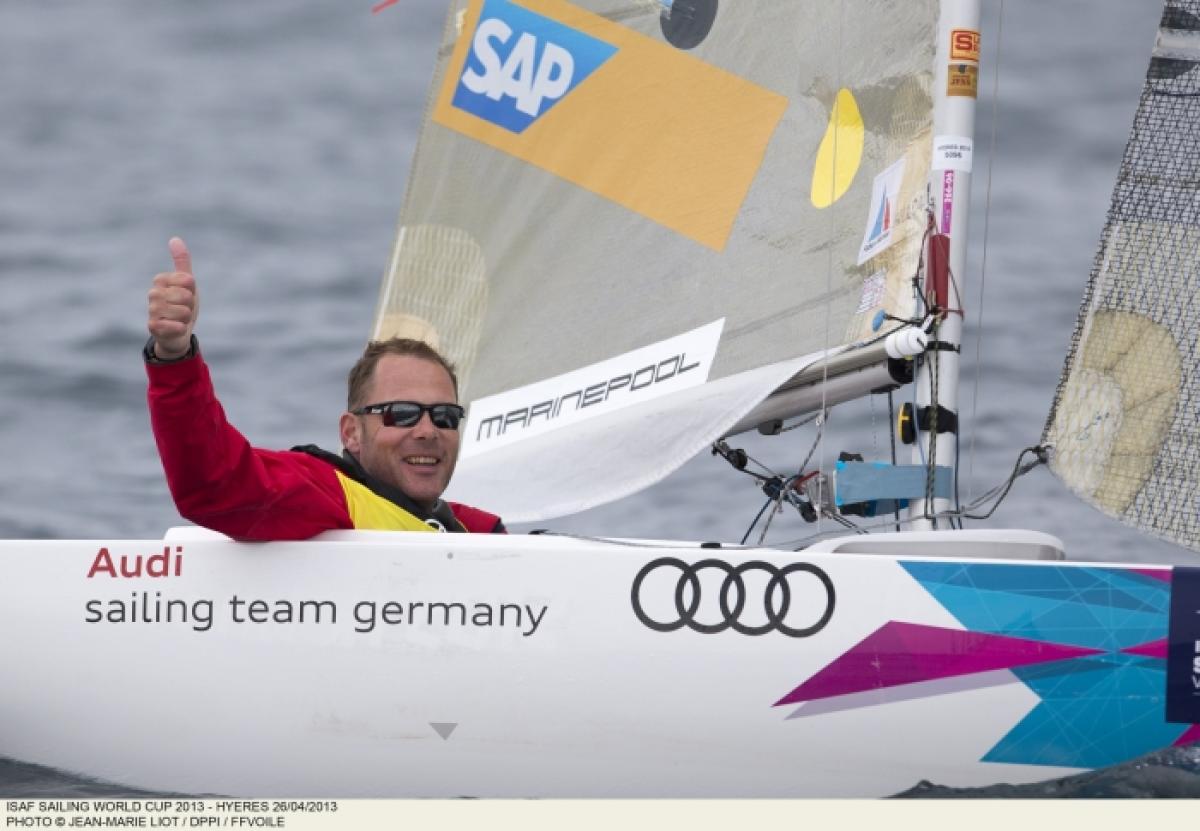 "I may have been taking too many risks. I was close to the podium but it’s still a shame.”

Kroger impressed all week in Hyeres winning five of ten races after a shaky start that saw him disqualified from Race 2, after being deemed on course side before the start of the race. Having overcome his early wobbles three race victories in a row saw the London 2012 Paralympic silver medallist open an advantage and a final day second and bullet sealed the deal.

London 2012 Paralympic gold medallist Helena Lucas of Great Britain was back in the boat for racing in Hyeres and christened her comeback with a silver medal.

“At the beginning of the week I had some problems downwind but I was able to fix it,” said Kroger. “A lot of good sailors were here and a lot of medallists. I had a very good set up and that’s easy when you’re fast. It helps a lot.”

Damien Seguin had been a mainstay on the top of the podium in Hyeres from 2008 but missed out entirely on any honours for the first time in his home nation.

He still took heart from some steady racing that included three race wins, “I’ve won races in all types of weather so it is reassuring and it proves I can still win races at least. I may have been taking too many risks. I was close to the podium but it’s still a shame.”

Three French smiles were prevalent in the Sonar as Jourdren, Flageul and Vimont-Vicary celebrated victory back on shore taking gold ahead of Germany’s Jens Kroker, Robert Prem and Siegmund Mainka.

“It was tight because this morning we were on equal points,” said Jourdren. “We did two rounds and the conditions could not have been more lenient because we never had more than 10 knots of wind. We expected more.

“In the first race we had a great start and we managed to break fast away from the rest of the fleet and preserve the advantage to the finish. Given our place in the first round we were further from the Norwegians so we are very happy.”

The Norwegians could not find their mid-week form that brought them into contention for gold as a third and a fifth meant they slipped to third. 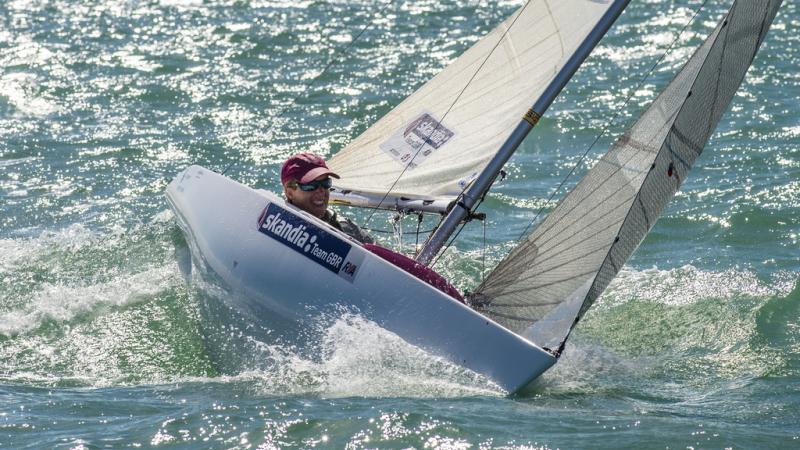 Sailing
No. 32: Woman of waves sails past Paralympic greats