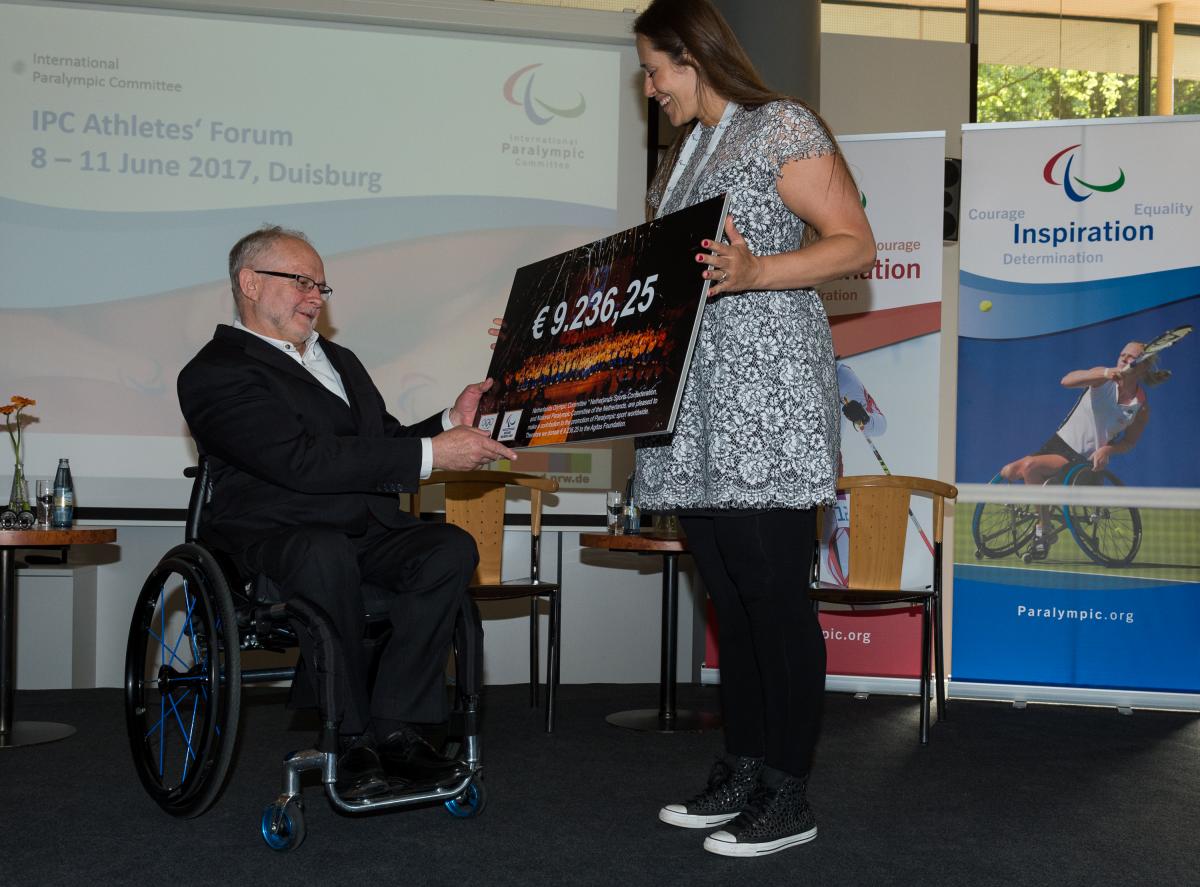 “Once again I would like to thank NPC Netherlands for their generous donation to the Agitos Foundation which will help support the development of the Paralympic Movement around the world,” said Sir Philip.

“The NPC Netherlands realise more than most that the key to growing the Paralympic Movement is through the support and development of others. The monies raised from selling extra Dutch kit ahead of Rio 2016 will now be invested in one of the many great projects that the Agitos Foundation undertakes around the world each year.”

Raymon Blondel, chairman of the NPC of the Netherlands: “The selling of the extra outfits for the Rio 2016 Paralympic TeamNL under the personnel of the Dutch Olympic and Paralympic organisation, was a great success. There was a lot of enthusiasm to become the owner of the same clothing that was worn by our successful team in Rio. We are very pleased to donate this cheque to the Agitos Foundation and make a contribution to their highly important work.’’

Added Stinissen: “The Agitos Foundation is doing great work to develop Para sports. I think it’s amazing that the personnel of our NPC organised this initiative and wants to support the Agitos Foundation. I hope it all will contribute to further growth of Para sport and the Movement.”

More than 70 athletes representing around 22 International Federations and 35 NPCs are in Duisburg for the first ever IPC Athletes’ Forum, which runs until Sunday (11 June). 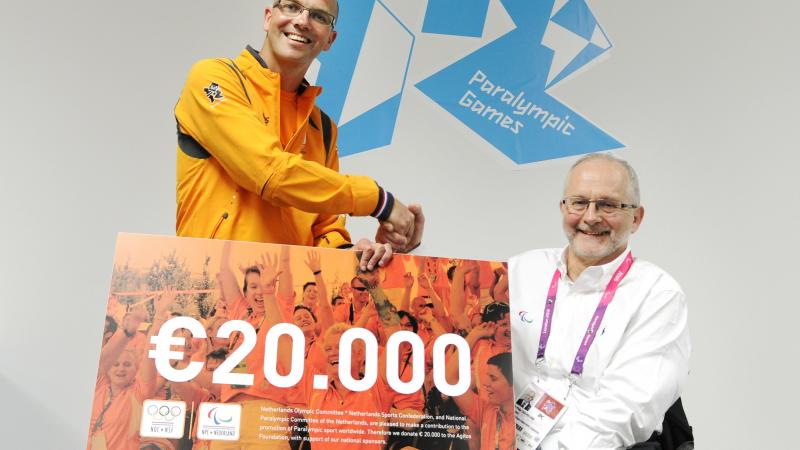