Plowing through piles of snow 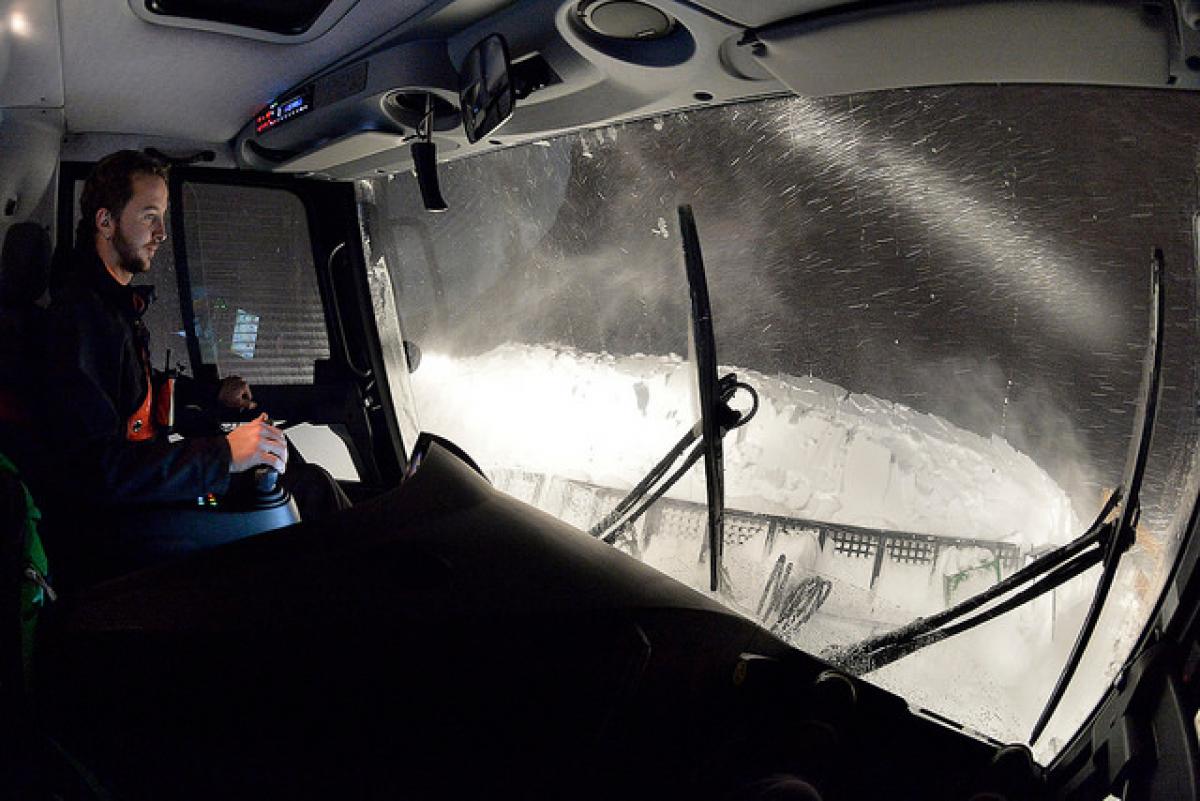 IPC photographer Luc Percival rode in a snowcat to see what it was like to prepare the downhill course in Tignes, France

IPC photographer Luc Percival takes a ride in a “snowcat” to experience what it is like to prepare an alpine skiing race course at the World Cup in Tignes, France.

Worried I might miss my excursion up the French mountain, I turned up 20 minutes early, waiting in the (still) falling snow. I felt like a kid, excited to go up the hill in a piste-bashing machine!

Out in the distanced, I spotted a massive snowcat lumbering across the lower pistes. Its headlights were blinding, and I figured this must be my ride.

As it got closer, I noticed the pile of snow it was shoveling before it. It stopped near me, and out from the cabin, a man yells: “Are you the photographer?”

“Yes,” I shouted, and climbed onboard.

The snowcat was a beast, weighing 10 tons and had an engine power of 3,600 horsepower. It was armed with piste-bashing tools front and back, and a cable winch sporting 1,500m of 1cm steel hawser cable. Inside, the cabin was cozy and warm with bucket seats and some interestingly angled footrests. All of this would come into play as the evening progressed.

Victor, the driver, drove up the hill, plowing through the snow. The visibility was bad, but Victor skillfully navigated using the snowcat’s bright headlights, piste markers and his years of local knowledge of the land. In no time, we arrived at the start of the downhill course in Tignes, located behind the top of the Merles chairlift.

In just one month, Tignes has had an entire season’s snowfall, which is 6 metres of snow!

With so much soft snow being blown around by the wind, the pisteurs had to work from the top down. It was the only way the work could be done safely. On such steep slopes as the downhill, this meant that the snowcat had to be anchored to the hillside before we could begin moving tons of snow around and compacting it down to make a good hard surface.

Victor jumped out of the cabin and took one end of the steel hawser cables and clipped it to a ground anchor. Then we turned around and plunged down the starting slope of the run.

Like a scene out of “Star Wars,” the falling snow blasted through the headlights like stars. We were practically standing upright on our foot rests, only just leaning back in our seats. I found myself staring into the snow straight down – yes down – through the window screen BELOW me! Ahead of us was a mountain of snow that built up as we shoved it down the hill! Victor could not believe how much snow had accumulated since his shift the night before. Once at the bottom of the section that we were working on, we winched and drove back up and repeated the process.

With that section of the slope done, we moved on to the Mur de Sarah where, once again, Victor had to anchor the machine to the mountain – only this time he had to dig out the ground anchor from a couple of metres since our first trip!

The Mur de Sarah is where the skiers will be picking up a considerable amount of speed on the course. To the right of the course is a 2-metre high fence that acts as wind breaker. But you could have mistaken it as a wall of snow because it amassed huge amounts of snow to its side. Only about 20cm of the fence could be seen poking out of the snow!

The snow had accumulated at the top of the Mur de Sarah, creating a snow-wave or corniche obstructing our way down. It was at this point that Victor told me we would have to break the corniche!

With the plough down, we dug into the snow, and then crack — the corniche gave away!

At the same time, the snowcat bogged down in the snow, and we had sunk about 60cm into the surface. Looking to the sides, we could see 2-metres worth of thick blocks of wind-blown snow cracking away from the slope. A combination of 4.5 tons of tension in the cable and “full gas” on the engines got us out of our hole. We repeated the process until the entire area was flattened and ready for the next shift of pisteurs to come along and work on the slope.

Soon enough, two hours passed and it was time for me to head back to the village. We drove down the downhill course, across the traverse and left it just above the final wall. The lights of village helped guide us back to the bottom, where I was deposited just outside the Taverne for my dinner. 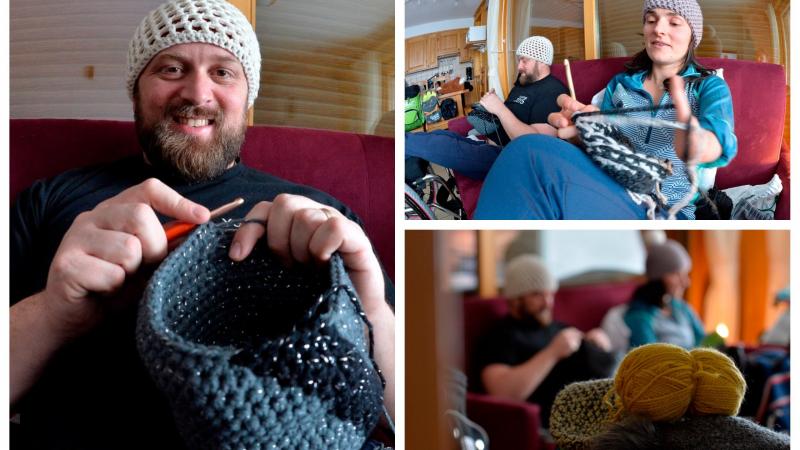 PyeongChang 2018
Hooked on crochet: Going off piste in Veysonnaz
Imagen 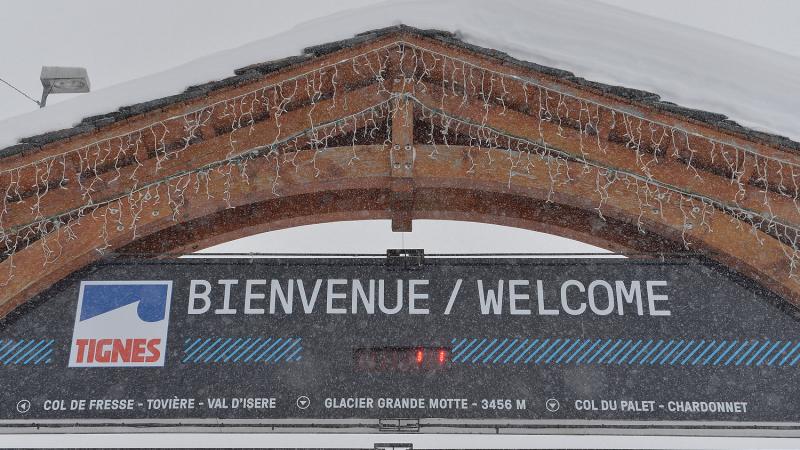 Alpine Skiing World Cup 2017-18
Behind the scenes in Tignes