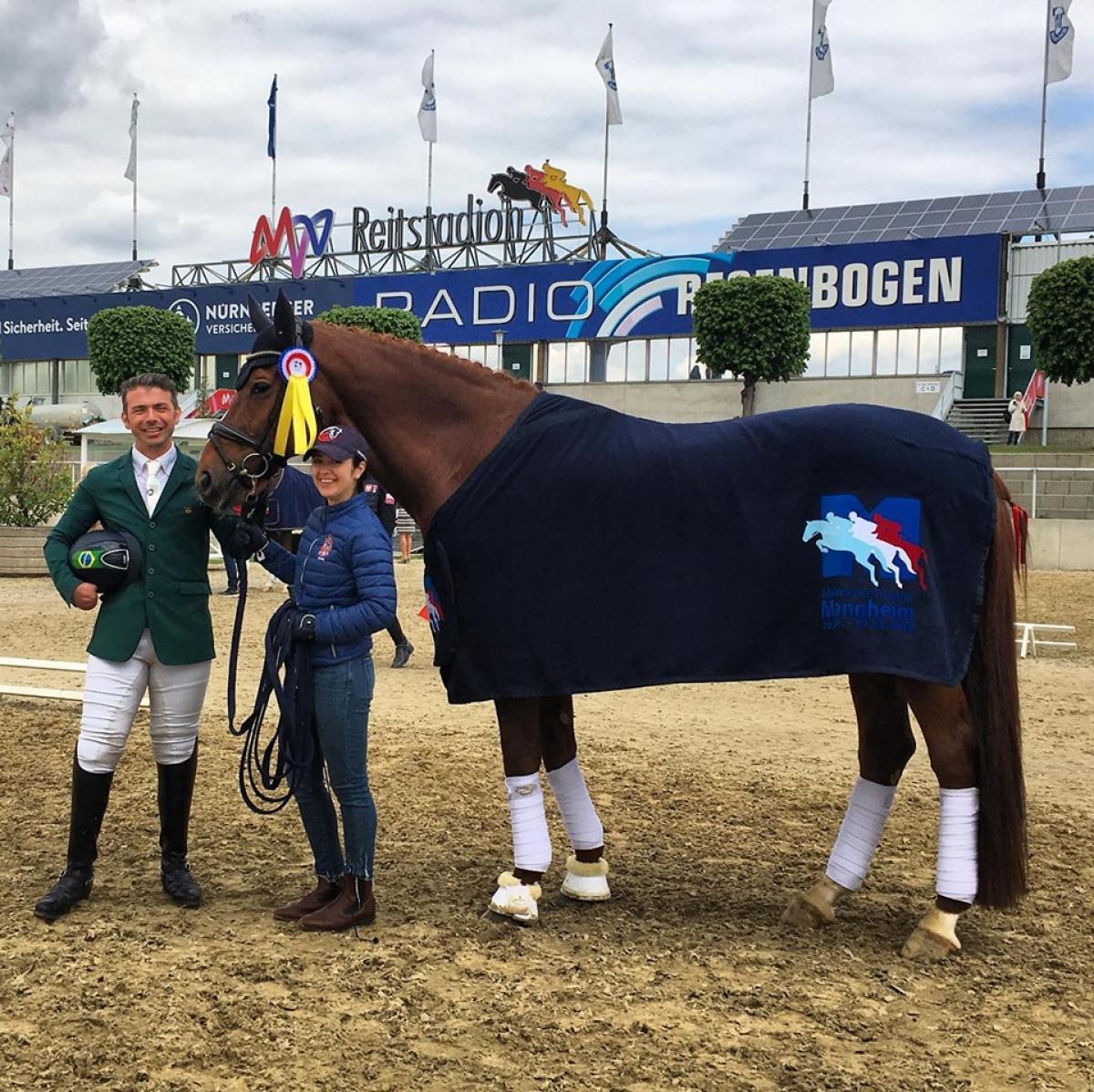 A pair of Para equestrian competitions in Waregem, Belgium; and Mannheim, Germany; revealed more names that could surprise at August’s European Championships.

At the annual Quadrille competition in Waregem (26-28 April), Great Britain’s Lee Pearson made a great return to the arena after a frustrating World Equestrian Games last year. Riding his own Breezer, Pearson took the grade II freestyle competition. His teammate Julie Payne took the individual title on Pandora.

Pearson’s win was especially sweet as Breezer is a horse he has bred and trained himself.

“This was our first international together and our first freestyle competition and we came first,” Pearson wrote on Facebook. “There’s loads to improve on and I couldn’t be prouder. He still thinks the whole world might eat him alive but he’s taken this whole adventure in his stride. In fact he was too laid back in the test.”

In the competition’s grade I, Latvia’s Rihards Snikus took the wins ahead of Finland’s Katja Karjalainen in both the individual and freestyle tests, setting up a rivalry between them. Denmark’s Tobias Thornin Joergensen rode Bruunnholms Caribian to win the grade III contest, while there was a home win for Belgium’s Manon Claeys and San Dior 2 in the grade IV individual. The grade’s freestyle was won by Netherlands’ Lotte Krijnsen.

A week later at the annual Maimarkt horse show in Mannheim (4-7 May), a wide field of international riders took to the arena for further competition. In grade I, Finland’s Karjalainen’s became a double winner, taking the individual and freestyle titles.

Austria’s Pepo Puch on Sailor’s Blue picked up the grade II titles, and Germany’s home favourite Steffen Zeibig did the same in grade III. Brazil’s Rodolpho Riskalla made the trip from his base in Paris, France, to take both grade IV titles ahead of Paralympic and world champion Sanne Voets of the Netherlands, while Zeibig’s team mate Regine Mispelkamp took the honours in grade V.

There was drama for Voets in her individual test when her horse, Demantur, caught one of the arena’s small white fences in his hoof and pulled it towards him, which scared and made him, in Voets’ words: “Jump in the air like a rodeo horse”.

Both Waregem and Mannheim competitions made an impact on the qualification spots for Tokyo 2020.

Great Britain’s second place finish in the Waregem team competition, behind Denmark and ahead of Belgium, helped put them back in the number one spot of the FEI world rankings. Meanwhile, strong showings by the Brazilians, including a third place spot in Mannheim behind Germany and Netherlands will help them too.

Riskalla, one of the highest profile Brazilian riders said: “Those results help us a lot as a team and as individuals, which is great as Tokyo is only next year and we really hope to get a medal. It’s always good to compete as a team too.”