Equestrian battle heats up in Deauville 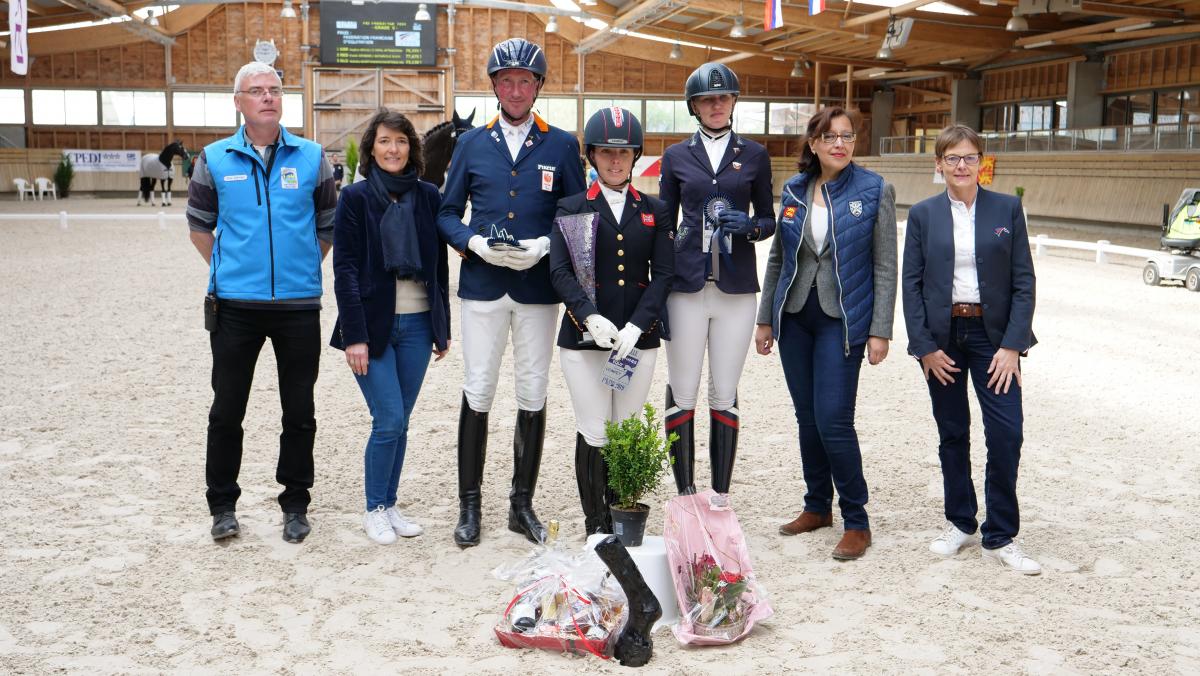 ⒸDeauville 2019 LOC
By Rob Howell | For the IPC

"We always try to improve at each competition. It’s hard to remain at the top, because the other nations are also improving. Nothing is won in advance. We must continue to work.”

The competition between British and Dutch riders remains heated ahead of August’s European Championships, especially after the weekend’s three-star Para dressage competition held in Deauville, France.

It was actually a hat-trick for Wells , picking up individual and freestyle titles as well.

"We’re extremely lucky to be supported by funds from Great Britain’s National Lottery,” Wells said. “This allows us to concentrate on our sporting objectives and we have excellent coaching at home."

"We always try to improve at each competition. It’s hard to remain at the top, because the other nations are also improving. Nothing is won in advance. We must continue to work,” the British rider added.

The nation saw a breakthrough moment in another athlete.

Deauville was the first time British rider Nicky Greenhill had competed outside of her country, and she took two horses with her, King Edward I and Betty Boo, winning the individual title and freestyle on each one respectively.

Greenhill wrote on Facebook: “What a week! I can’t believe I am taking home two international champions. Love these ponies.”

At her first competition of the season, the Netherlands’ Nicole Den Dulk won all her grade II tests on Wallace N.O.P, while Russia’s up-and-coming rider Vladislav Pronskiy rode Silva Le Andro to the wins in grade I.

In grade III, Dutchwomen Yvette Overgoor and Anni Meijer shared the honours, with Overgoor riding Flynn to win the team and individual test, and Meijer partnering Countrymill Clarc to take the freestyle.

Other riders on the podiums through the weekend included the Netherlands’ Frank Hosmar picking up second places in grade V, and Great Britain’s Sir Lee Pearson debuting his new ride B Grandeur with a couple of third places in grade II behind Den Dulk and his team GB partner Hext.

There was a strong showing from the home team too, with French riders Camille Jaquelin and Adib El Sarakby on the podium in the grade IV competition, while Greek debutant Eleni D. Pantechaki and Ireland’s Michael Murphy also picked up second and third places in grade I.

Equestrian
Worlds medallists back in action at Al Shaqab