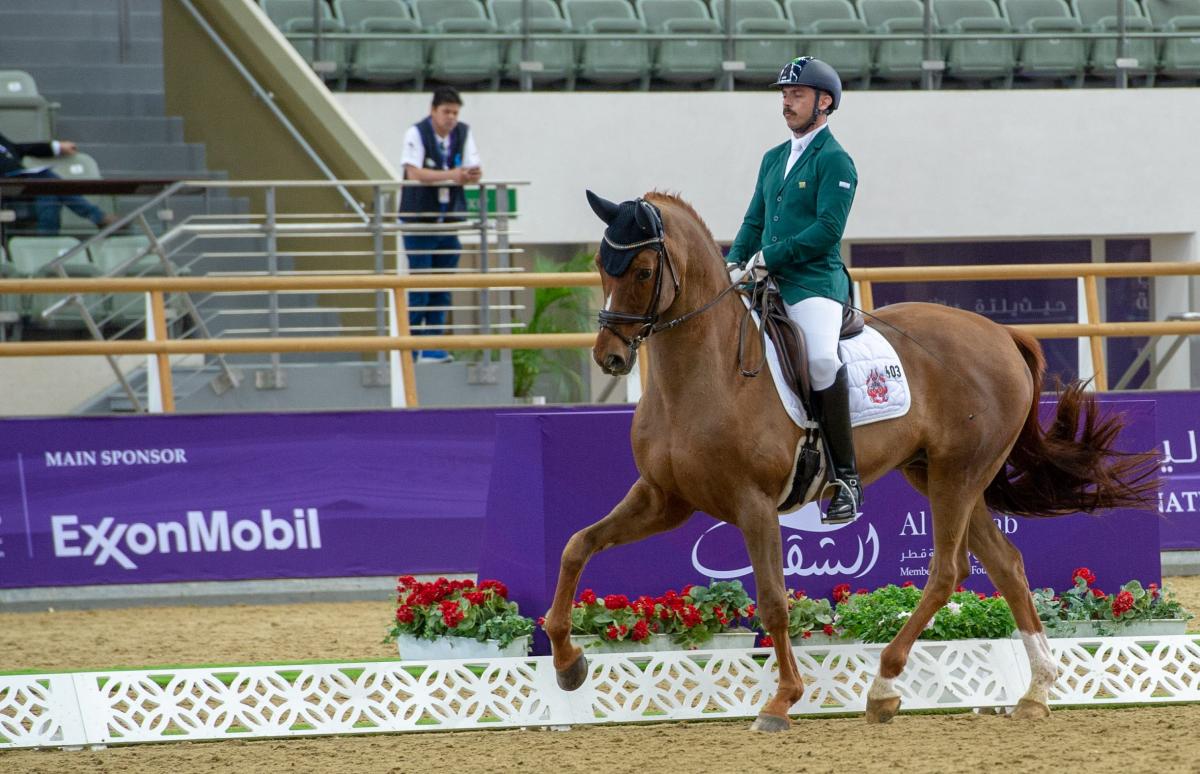 Ⓒin2strides.com / Thomas Reiner
By Rob Howell | For the IPC

Brazil’s Rodolpho Riskalla started his 2019 season on a high by winning all three of his classes in his debut at the Al Shaqab Para dressage competition in Doha, Qatar.

Riding Don Henrico, Riskalla won the grade IV team, individual, and freestyle competitions, cementing his place at the top of the world rankings in his grade.

“It’s been amazing,” Riskalla said. “This is my first Para dressage event since the World Equestrian Games last year. Winning here helps with my qualification (ranking) for next year’s Tokyo Paralympics. So, this win has been really good, and my horse was amazing.”

The grade I competition was dominated by Finland’s Katja Karjalainen on Dr Doolittle. She won the individual and freestyle competitions, ahead of Singapore’s Laurentia Tan.

From fifth to first

On her horse Fairuza’s first ever international competition outside Great Britain, where she is based, Canada’s Bert Sheffield picked up the grade III freestyle title, having moved up from fifth place in the grade’s team competition earlier in the week.

“I’m so so proud of this incredible horse and my amazing team,” Sheffield wrote on Facebook. “We started off the competition coming fifth with her showing her greenness and finished the show winning with 70% plus and a calm and confident pony. I’m still buzzing.”

At the same time as the Doha competition, USA recorded their highest team score at the Adequan Global Dressage Festival in Wellington, Florida. In the latest international clash with Canada, the team scored 441.488% to Canada’s 408.488%. The score was fuelled by a slew of personal best scores, particularly for grade I rider Roxanne Trunnel.

The two teams are in a close rivalry for a team spot at the Tokyo 2020 Paralympic Games. As it stands, both are hanging on to automatic qualification via their standing in the team top 10 ranking. However, they occupy the last two positions available and, if both drop out of the ranking, will have just one qualification spot to compete for, alongside the Brazilian team.

Equestrian
Worlds medallists back in action at Al Shaqab