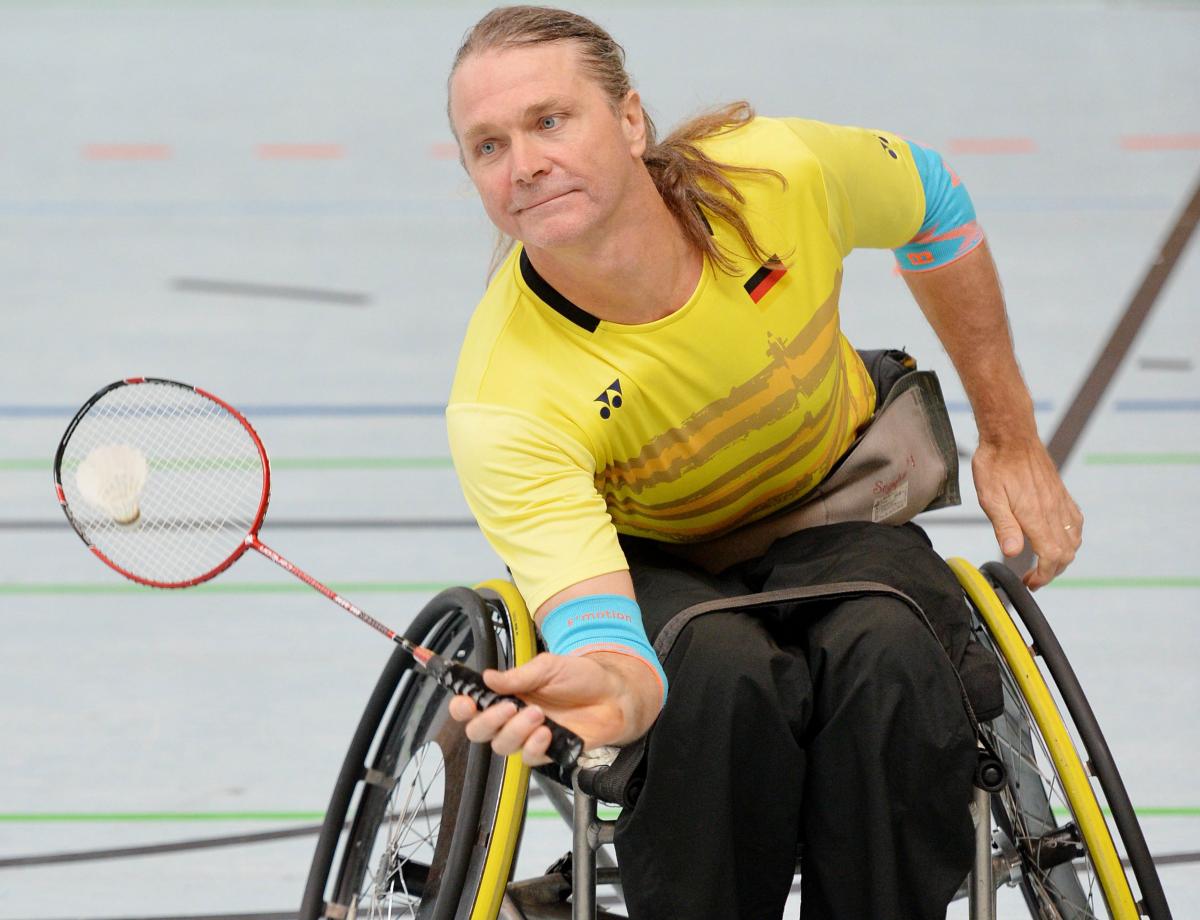 "The Games are my big motivation. That's why the points for the Paralympics are more important to me than the medals at the European Championships."

Thomas Wandschneider wanted to end his international Para badminton career a few years ago. He had won countless medals at World and European Championships, achieving everything he could possibly want. But then came the decision that halted any thoughts of retirement in their tracks – the inclusion of badminton in the Paralympic programme for the first time at the Tokyo 2020 Games.

For Wandschneider, it means he once again has a big goal to strive for, he feels new motivation and drive. When the European Championships get underway on Tuesday (30 October), in Rodez, France, there will not only be titles at stake, but also vital Paralympic qualification points.

The German is one of Para badminton’s most decorated players. His glittering career has seen him claim 25 medals at major championships so far, including four world titles and twelve European golds. But one goal outshines everything: participation in the Paralympics.

"That gave me new impetus. The Games are my big motivation. That's why the points for the Paralympics are more important to me than the medals at the European Championships," explained Wandschneider.

At the 2016 European Championships, Wandschneider won both the singles and doubles in the men’s WH 1 and aims to defend both titles in France next week. Despite his huge success, he did not lean back - on the contrary. "I can get more out of myself and continue to improve at my age," he said. To make him even quicker on the court, he wants to have a new wheelchair made in 2019 to replace his 14-year-old sports equipment as he follows his Paralympic dream.

“The sport gives me so much, that just makes me feel good and motivates me,” Wandschneider smiled. "Then you do not even notice that you have any disability at all. This is completely in the background.”

In 2019 he will face a year full of travels. “I have to play a lot of international tournaments for the Paralympics ranking and I'll be travelling a lot,” he admitted. Wandschneider will give everything for the big goal, but one thing is certain: his attitude will not fail.

"My life has shaped me a lot and gave me the bite to persevere and fight through me again and again.”