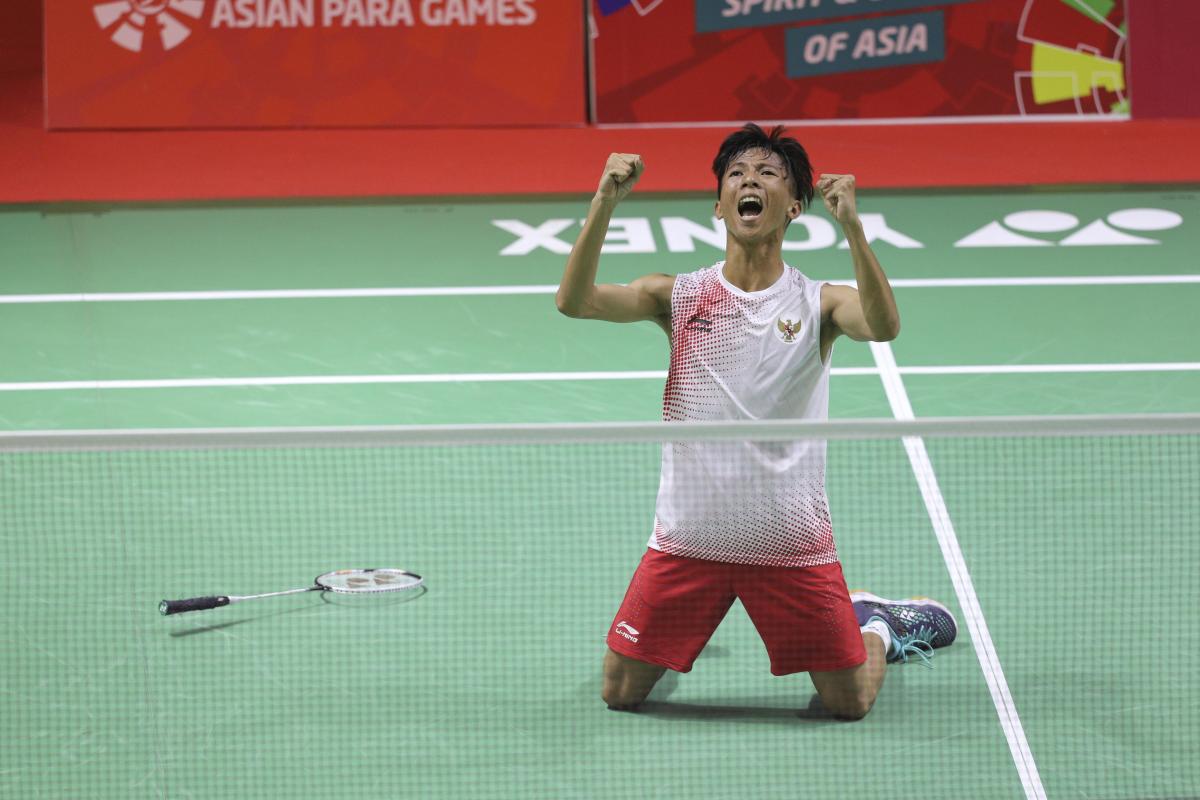 Indonesia ended their home Asian Para Games campaign as they had started it; with gold on the badminton courts. On the final day of competition at Indonesia 2018, the hosts signed off with four gold medals at the Istora Senayan.

It was a double celebration for Anrimusthi, who defeated compatriot Nugroho to take the men's singles SL 5 gold.

The doubles SL 3-4 final was the closest match of the day with Indonesia trailing Jeon Sunwoo and Joo Dongjae of South Korea in the first game. But some great pushes and sharp strokes helped them level the game at 16-16 and then claim gold after a dramatic deuce battle.

Backed by a vociferous crowd, the second game also went to deuce, but the passionate home support was enough to get the Indonesians over the line.

"We were expecting an [all] Indonesian final. But my friends have lost to the same Korean team in the quarter-finals. So, now we took the revenge," said Setiawan.

India too had their share of success as Tarun Dhillon (SL 4) and Pramod Bhagat (SL 3) won their respective gold medal matches to end with nine badminton medals, including three golds.

For both Dhillon and Bhagat, the gold in Jakarta 2018 was a long time coming. Both had last won a major title at the 2015 World Championships, and on Saturday they had to fight back against a strong challenge from their respective Indonesian opponents Fredy Setiawan and Ukan Rukaendi, who were cheered on by a raucous crowd.

"It's like a dream come true to win the gold here. Setiawan is a strong player so I was patient on the court today and waited for him to make errors. In the third game, he seemed to be rushing things and made many mistakes," said Dhillon.

Bhagat and top-ranked Indonesian player Rakaendi mesmerised with their long rallies. Their match included the longest rally of the day, an exchange of more than 40 strokes that enthralled the crowd at the packed Istora Senayan Hall.

The Indian eventually broke Rakaendi’s strong defence in the final game to win the match 21-19, 15-21, 21-14. "I have been waiting for a long time for this gold medal. This is special and had come after a lot of challenges. Thank you Indonesia," the three-time world champion said.