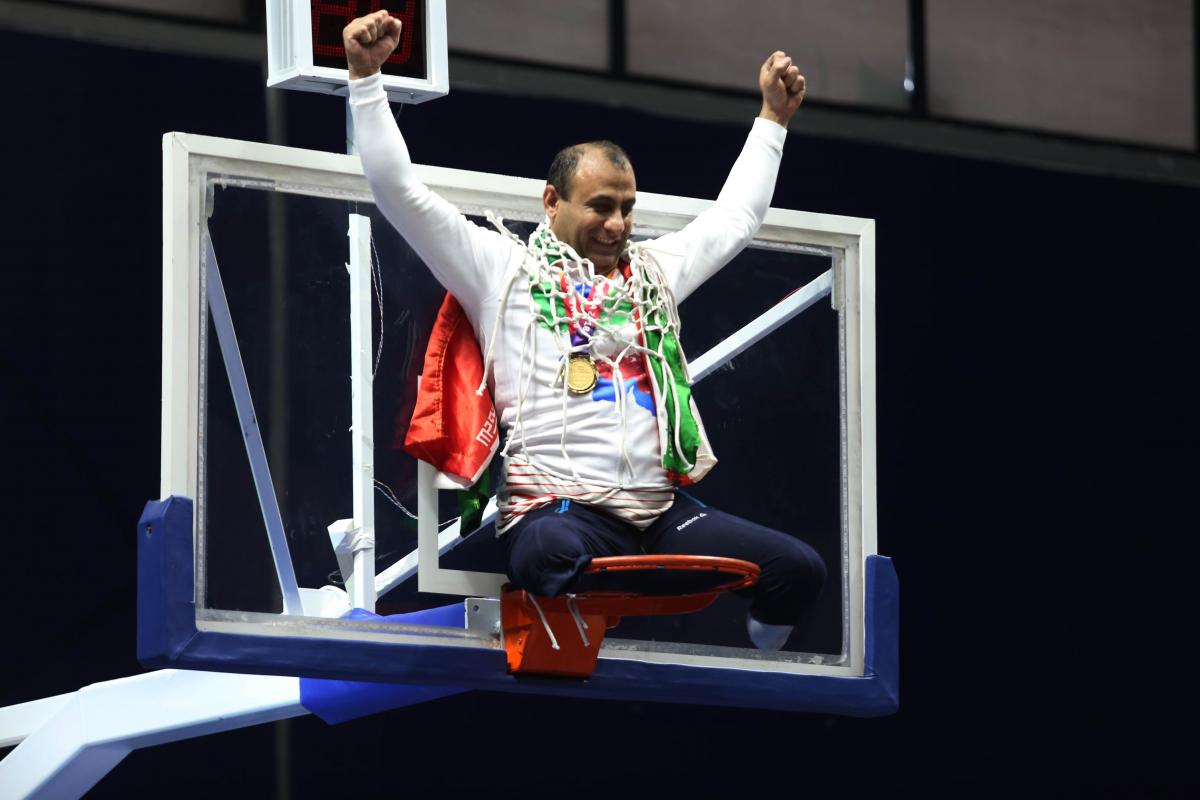 After a see-sawing final term, Japan captain Akira Toyoshima had a shot from underneath the hoop with less than a second remaining, but as he toppled over, the ball bounced off the rim and Iran’s bench stormed the court to celebrate.

“It was the hardest match that we had in the past few days,” Iran coach Dastyar Mohammadreza said.

It brought an end to an absorbing encounter at the Gelora Bung Karno Basketball Hall in Jakarta, with Toyoshima’s sweet touch around the basket helping Japan to a 21-12 quarter-time lead.

Japan were more than happy to muscle up inside against a taller Iranian side and several subsequent fast-break opportunities allowed them to stretch their advantage.

Iran’s Omid Hadiazhar and Morteza Ebrahimi were in the thick of much of Japan’s stern presence in the paint and Renishi Chokai was a menace in defence both in transition and at stoppages.

But Iran persisted and were able to be within six points at half time, with the score at 38-32.

Morteza Abedi and Ebrahimi imposed themselves on the contest through the start of the third quarter and when Morteza stepped up and drained a three midway through the third term, scores were level at 45-45.

Iran found the lead soon after but some late composure from Japan’s Chokai and Reo Fujimto prevented Iran from pulling away, and the two teams went into the final break locked at 53-53.

Chokai and Fujimto combined for the first points of the fourth quarter, with Fujimto firing up the packed-out stadium after a breakaway layup.

The see-sawing battle continued, but Iran’s height came up big down the stretch and with scores tied at 66-66, Hadiazhar scored two points from the paint, giving Iran their 68-66 led and eventual win.

Mohammadreza praised his side’s ability to overcome the early deficit and said he was keen to inspire his players with his animated presence on the sideline.

“When we got equal we just had a feeling that we can win and we can win go forwards compared with the Japan team,” he said.

“I just decided to deliver my energy and positive energy to our team members - to the players on the court.

“When they saw me in this situation, they just received most of the motivation and I transferred this motivation to the players in the field of play.”

Earlier on Saturday (13 October), South Korea were too composed and slick for China, winning the bronze medal match 79-54.