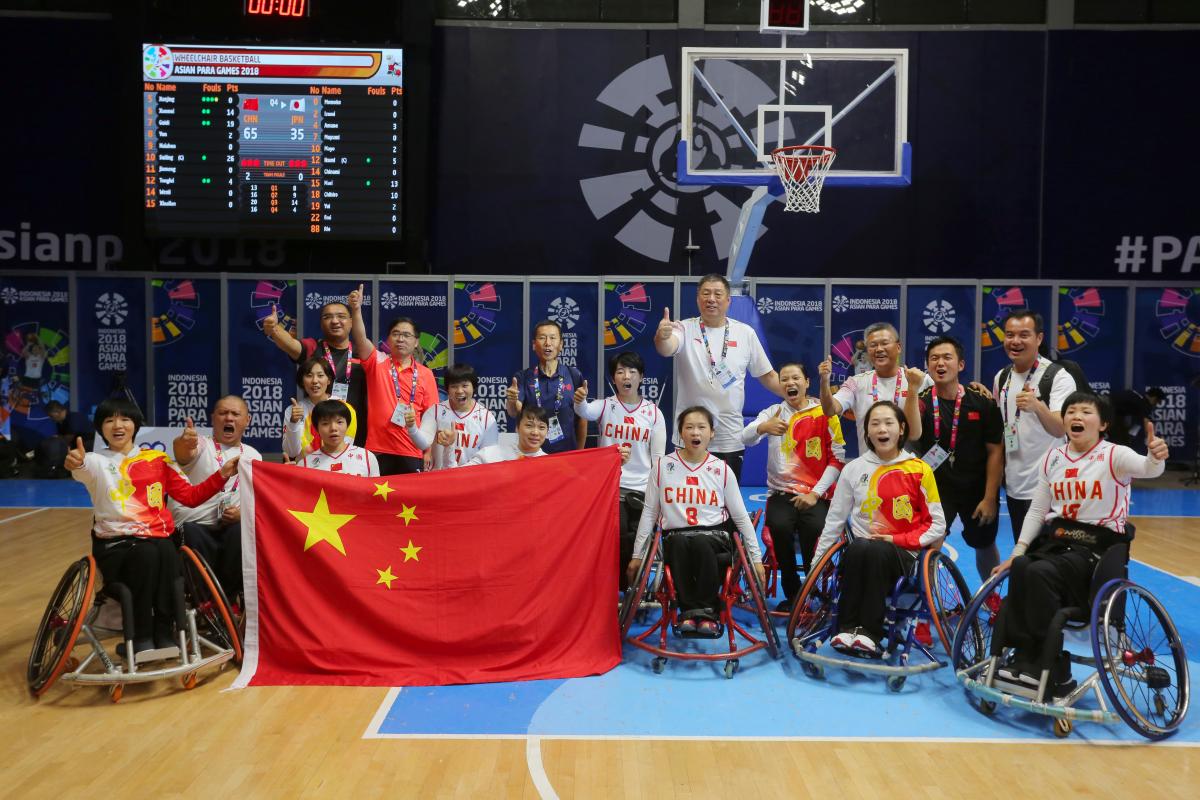 China ended Indonesia 2018 unbeaten to defend their title from 2014

China have completed an undefeated Indonesia 2018, cruising past Japan in the women’s wheelchair basketball gold medal match to successfully defend their title from Incheon 2014.

Superstar captain Suiling Lin led China to a 65-35 win, finishing the match with 26 points. Japan will regret allowing Lin time and space throughout the match, which saw her become the most influential player on court.

She was ably assisted by Xuemei Zhang whose rebounding and shooting made sure the result was always going to fall China’s way.

Japan did have chances to impact the contest early but failed to capitalise on their opportunities. Missed free throws provide costly when they trailed by 12 points at half time.

Japan’s key players Chihiro Kitada and Amimoto Mari scored 13 and 10 points respectively but were unable to spend enough minutes on court together to challenge China.

The decision to start Mari on the bench was interesting given her impact on the match when she did enter the content.

She immediately brought an energy and intensity which was lacking in the opening minutes.

While the Japanese team rotated throughout the match, China made just one substitution when Xuejing Chen was taken off after conceding four personal fouls late in the third quarter.

Japan could still end the wheelchair basketball competition with gold – the men’s team face Iran in the final on Saturday (13 October). China take on South Korea for bronze.