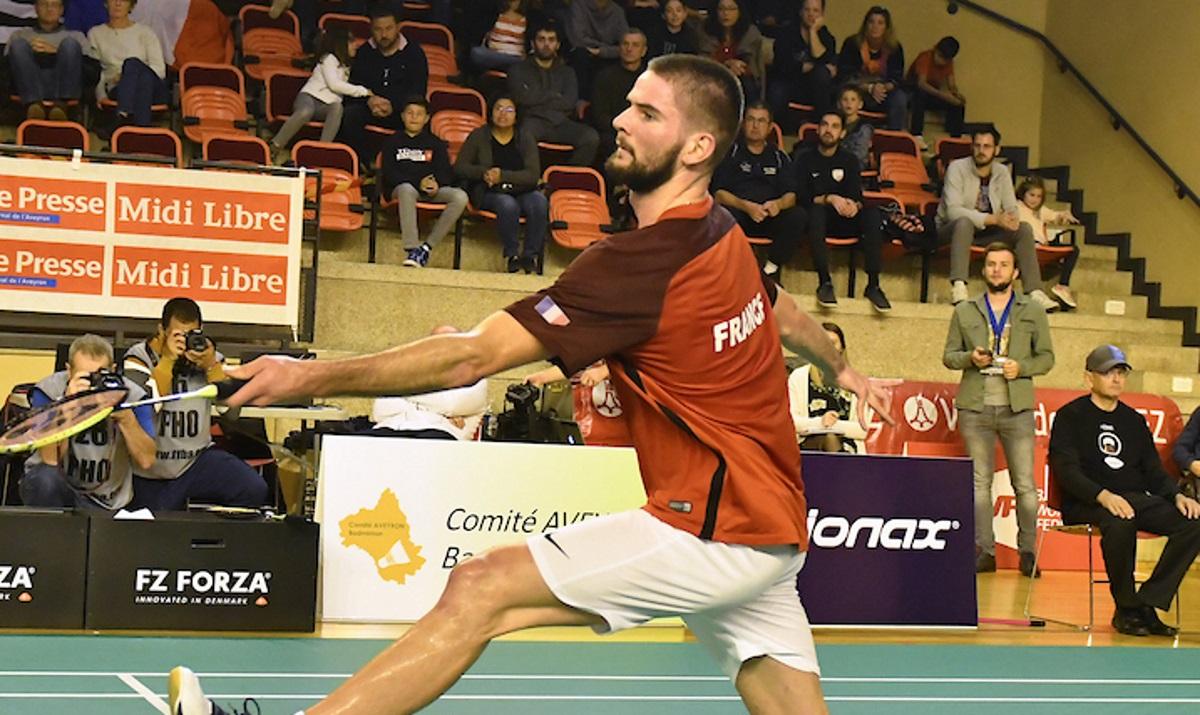 ⒸAlan Spink
By BWF and IPC

France’s Lucas Mazur delighted the home crowd, while England’s Rachel Choong ended as the most successful athlete at the European Para Badminton Championships 2018 that wrapped up on Sunday (4 November) in Rodez.

Mazur came away with two gold medals and one silver, while Choong captured a trio of European titles.

The 20-year-old Frenchman won the men’s SL 4 and the mixed doubles SL 3/SL 4 with compatriot Faustine Noel. Both of Mazur’s gold medals came with straight-games victories. Mazur and Noel needed just 24 minutes to beat Germany’s Marcel Adam and Katrin Seibert, 21-19 21-10. The world champion was even more at ease in the singles final, where he overpowered Sweden’s Rickard Nilsson 21-7 21-9 to defend his title and strengthen his hold on the world No. 1 position.

He failed to make it a hat-trick of golds though, as he and compatriot Meril Loquette were beaten in the men’s doubles SU 5 final by top seeds Bartlomiej Mroz of Poland and Turkey’s Ilker Tuzcu 21-19, 25-23.

Choong proved why she is the world champion in all three SS 6 events that she won over the week – the women’s singles, women’s doubles (with Rebecca Bedford) and mixed doubles (with Andrew Martin).

Mroz beat Tuzcu in the men’s singles SU 5 in three hard-fought games, 21-15 17-21 21-13, before the two combined for the doubles final victory against Loquetee and Mazur.

Sagoy held off a strong second game challenge from Noel in the women’s singles SL 4. The Norwegian then partnered with Seibert for the women’s doubles SL 3/SU 5 crown, beating France’s Coraline Bergeron and Denmark’s Cathrine Rosengren, 21-11 21-18.

Levi however was victorious in the mixed doubles WH 1/WH 2 with Israel’s Nina Gorodetzky, where they prevailed over Russia’s Konstantin Afinogenov* and Turkey’s Emine Seckin in the longest match of the day at one hour – 12-21 23-21 21-11.

Shephard continued his dominance over Krysten Coombs in the men’s singles, taking 42 minutes to beat his compatriot, 17-21 21-10 21-12. Earlier, the two had combined in the men’s doubles final to overcome their fellow Englishmen Isaak Dalglish and Andrew Martin in three games.