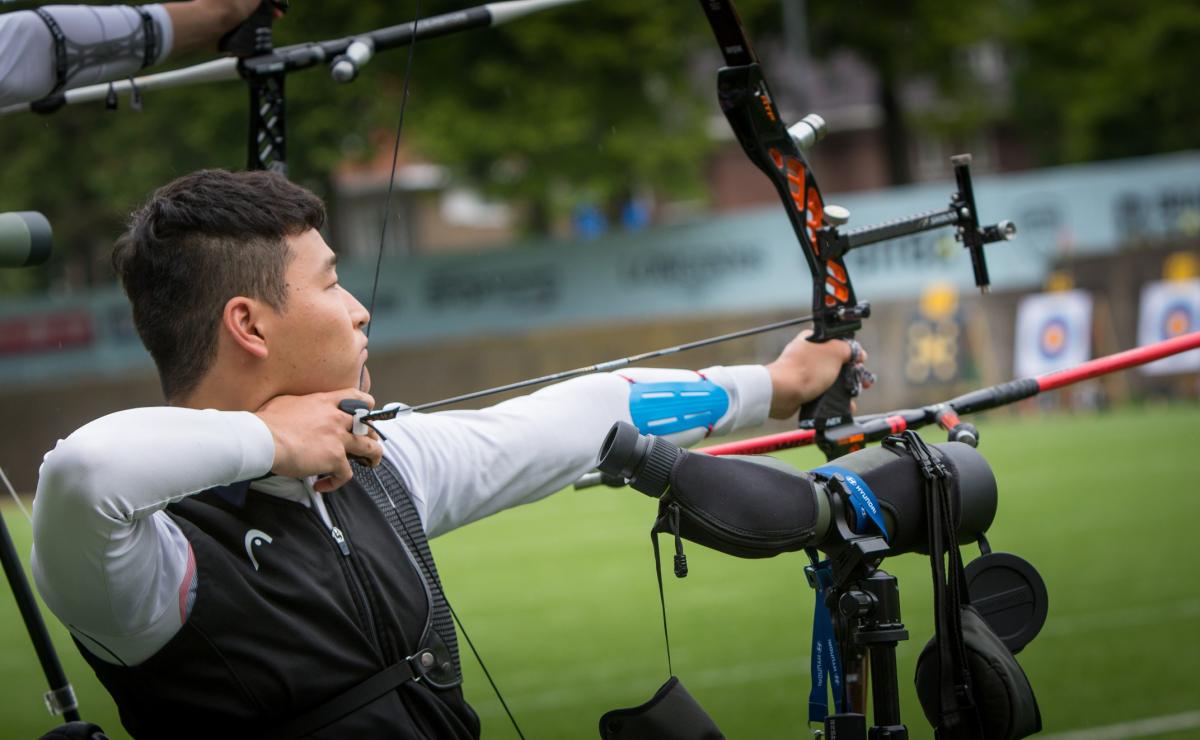 “We were surprised to see we beat the world record”

The 20-year-old said he wanted to win three gold medals at the Championships. He looks well on his way to that goal after breaking the men’s recurve open world record with 662 out of a possible 720 points for the 72-arrow 70-metre ranking round.

“I didn’t expect I would break the world record,” said Kim, bronze medallist from the 2018 Asian Para Games in Indonesia. “I was just following my coach’s instructions and trying to do what I did in practice and I set the record. It feels really good. On the other hand, it’s a bit like I don't know what happened.”

Seven world records were broken on day one, with the Russian women’s compound open team owning a few.

Artakhinova, Tatiana Andrievskaia and Anastasia Dzhioeva improved their own world record for team qualification with a combined score of 2037 out of a possible 2160 points.

“We were surprised to see we beat the world record,” said Tatiana. “We were just shooting, step by step. However, at home, we’ve achieved even better results than the one from today. But we are happy.”

Recurve women’s leader Barantseva jumped up from ninth with 300 points for the first 36 arrows to first for the full round, after adding 325 for the back half.

USA’s Matt Stutzman, Andre Shelby and Ben Thompson shot a combined 2091 out of a possible 2160 points to set a new world record for the compound men’s open team ranking round.

“We were after the record,” said Stutzman, the top individual qualifier with 704 points. “We’ve been talking about it probably since Italy unofficially shot it [in Dubai]. Something like ‘if we can just come out here and just get the world record, boom, just bring it back to the US.’”

Stutzman’s field-leading 704 was six more than China’s Ai Xinliang and Iran’s Alisina Manshaezadeh, who were second and third with 698 points.

Belgium’s Ruben Vanhollebeke also set a world record in the vision impaired category, scoring 428 out of a possible 720 points.

The 2019 World Archery Para Championships, which continues Tuesday with qualification and eliminations, runs until Sunday. Complete results are available on World Archery’s website.