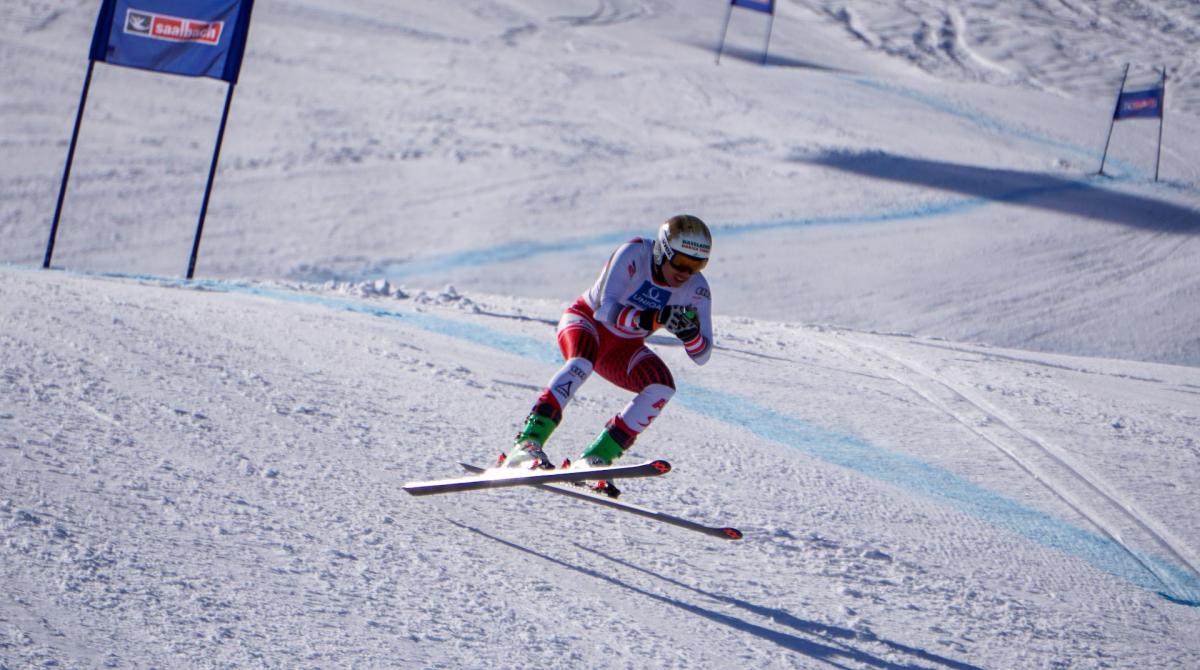 MAKING A MARK: Markus Salcher en route to victory in the downhill race at the World Cup in Saalbach, Austria.
ⒸBenedikt Lex
By Lena Smirnova | For the IPC

A mere 0.13 seconds kept Markus Salcher off the podium in his signature downhill race at a home World Cup in Saalbach, Austria.

Far from discouraged, the Paralympic bronze medallist in the discipline returned a few hours later to deliver his best downhill performance in three years.

“For me it’s a tremendous success today because it’s my first downhill win in three years. It’s cool that I’m on top of the podium again,” the Austrian standing skier said of bouncing from fourth to first place in the season’s first two downhill races.

Salcher was 0.80 seconds behind the winner, Switzerland’s Theo Gmur, in the first downhill race, but sped 0.15 seconds ahead of the pack in the second race.

“The light was not that strong in the second race and also the slope, it was soft and bumpy, and maybe I was better prepared for those conditions than the others. After the first run I was not that happy about that result, but in the end it was a good day.”

Russia’s Aleksei Bugaev wrapped up the podium with two bronze.

Bugaev’s teammate Varvara Voronchikhina, meanwhile, got double gold in the women’s standing races. The young skier beat France’s Marie Bochet by 0.72 seconds in the first race, although the eight-time Paralympic champion narrowed this margin to 0.03 seconds in the second downhill.

Switzerland’s Bigna Schmidt was third in both races.

While France’s star skiers Arthur Bauchet and Marie Bochet fell just short of the coveted top spot on the podium, Team France still had plenty to celebrate as Hyacinthe Deleplace clinched the leader’s bib in the men’s vision impaired class.

The French skier and his guide Maxime Jourdan won back-to-back downhill races in Saalbach - their best ever result at a World Cup. To make these victories even sweeter, Deleplace and Jourdan outraced two of the world’s strongest duos to the finish line.

In the sitting races, Norway’s Jesper Pedersen extended his winning streak from the earlier slalom races held in Veysonnaz, Switzerland as he grabbed double gold in downhill, ahead of Switzerland’s Pascal Christen and and Japan’s Akira Kano.

The speed races in Saalbach continue on Thursday, 4 February with the super-G. Live results are available on the World Para Alpine Skiing website. 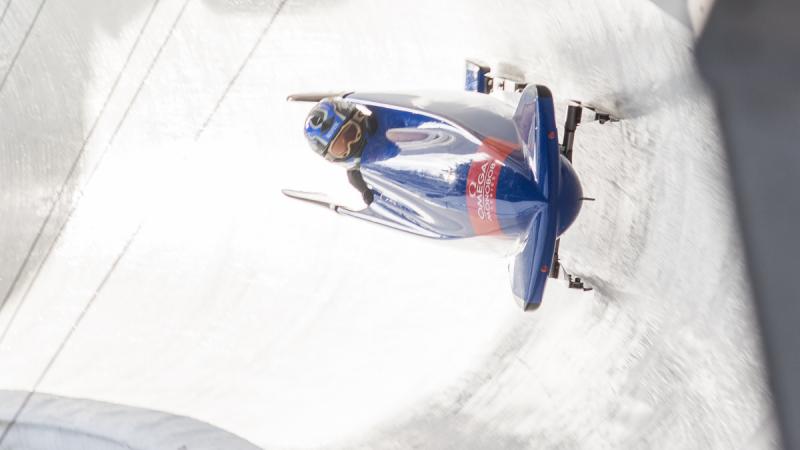 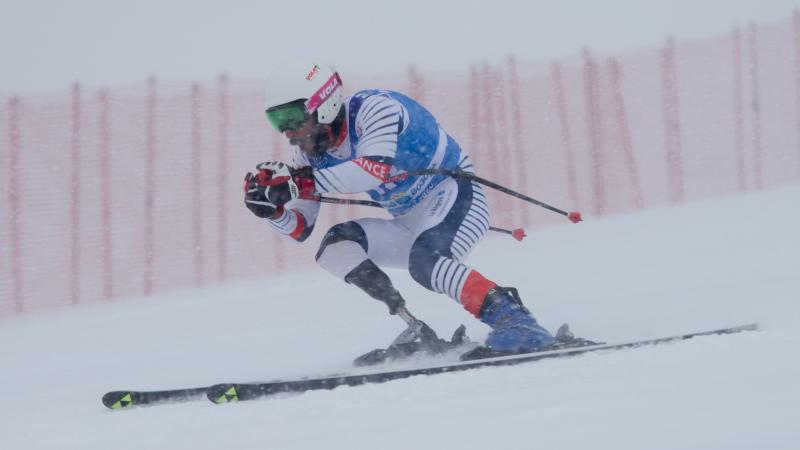