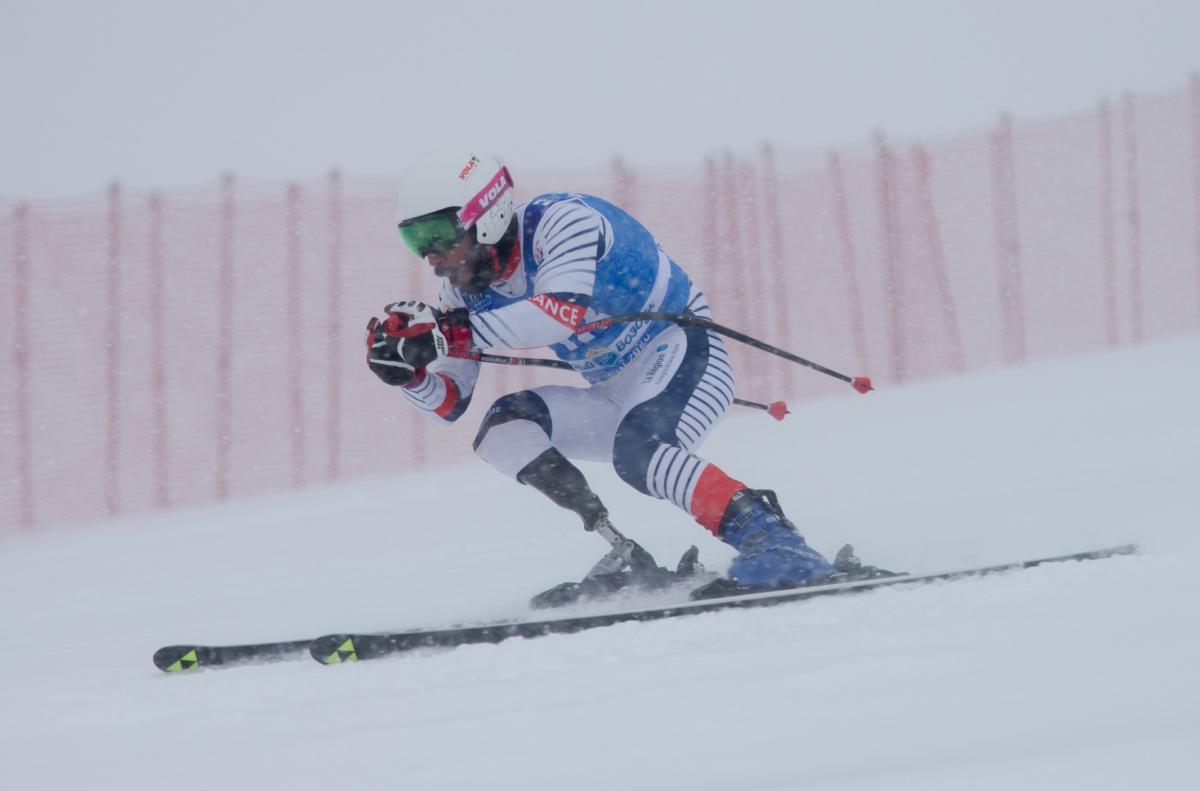 The emotion and pride were clearly etched on the skier’s face as the French tricolour billowed on the screen behind him and his teammates shouted their encouragement from the stands.

Now, for the first time since that winter day, Bourdenx will have the chance to do a speed race at the World Cup level as Saalbach, Austria hosts two downhill and two super-G races from 1 to 7 February.

These races follow the technical events held at the first World Cup of the season in Veysonnaz, Switzerland in January.

Having achieved his career’s best result so far last season, Bourdenx is excited for the upcoming speed races, but also keeping his expectations grounded.

“I'm back from two surgeries last summer on my shoulder and knee. I didn't train until early December and nothing in speed,” Bourdenx said. “My only [speed] runs were in Veysonnaz a few days ago and my goal is only to enjoy Saalbach and the end of the season with no pain.”

Even with this more relaxed attitude, Bourdenx’s return to the speed races in Saalbach promises to be a real spectacle with the world’s best speed skiers set to compete.

While Salcher looks poised to clinch several medals for Austria this week, the home team also suffered a last-minute setback ahead of the races. Its star athlete Veronika Aigner, who has dominated the women’s vision impaired races with huge margins, tore cruciate ligaments in both knees during a downhill training run in Saalbach.

There was also heartbreak for Team Canada athletes, who opted not to travel to Austria shortly before their scheduled trip to follow the country’s new travel safety guidelines.

With Canada’s Paralympic downhill champion Mac Marcoux out of the races, the men’s vision impaired class promises to be another duel between Italy’s Giacomo Bertagnolli and guide Andrea Ravelli and the Paralympic super-G champions Jakub Krako and Branislav Brozman of Slovakia.

The Italians hold the Crystal Globes in both speed disciplines and have won all races at this season’s World Cup so far.

Aarsjoe already won three gold medals at the World Cup this season while Voronchikhina took one gold and three silver.

Norwegian sit skier Jesper Pedersen will also be trying to add more gold to his tally at the Saalbach speed races. Last season’s downhill and super-G Crystal Globe winner will need to fend off the growing challenge from Italy’s Rene de Silvestro to defend these titles in 2021.

Live results from the races in Saalbach are available on the World Para Alpine Skiing website.