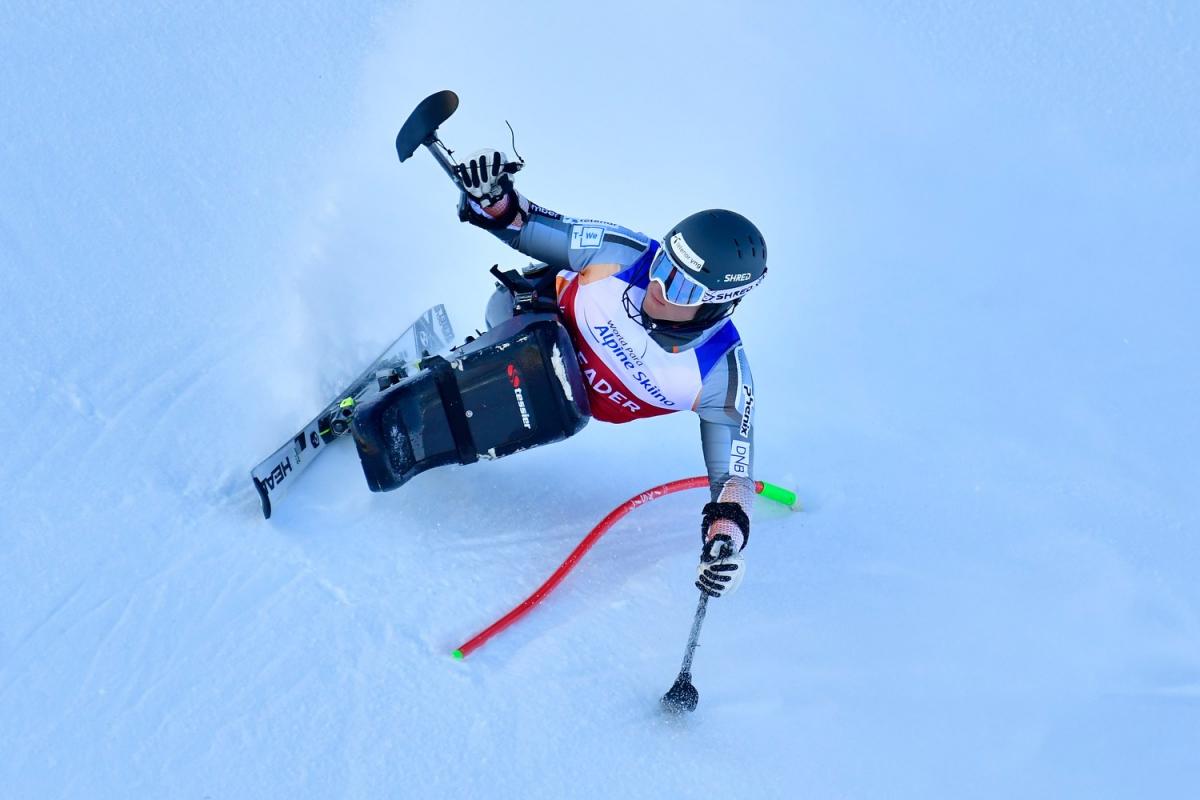 The men’s sitting class is shaping up into another fiery battle at the 2020-21 World Para Alpine Skiing World Cup. Main adversaries Jesper Pedersen and Jeroen Kampschreur have now taken two gold medals each as the first World Cup of the season wrapped up on Saturday (23 January) in Veysonnaz, Switzerland.

While Dutch skier Kampschreur started his Veysonnaz campaign with double gold in giant slalom, he was relegated to second place in the two slalom races that followed.

The first of these Pedersen won by a margin of 0.26 seconds, extending the lead to 2.76 seconds in the second race.

“The duel between me and Jeroen is going to be more exciting than ever this season,” said the triple overall Crystal Globe winner from Norway.

“The slalom worked pretty good for me and I managed to get a lot of speed with me on the flat parts. It’s always fun when it’s this close and you come out with the green numbers, but I’m looking forward to many duels the following weeks,” he added.

These victories had a special meaning for Pedersen this year.

“While the corona made the pre-season a bit different, we got to train almost as much as usual in Norway these past months, so I feel very well prepared and strong going into the season. But it has also been some hard months lately because my father sadly passed away in November. But I’m going to ski fast for him,” Pedersen said.

Meanwhile, in the men’s vision impaired class, it was double gold again for Italy’s Giacomo Bertagnolli. Having won the giant slalom races, Bertagnolli and his guide Andrea Ravelli got two more convincing victories in slalom at their first major competition of the season.

“The new season started very, very good. First of all, I'm happy because, despite the situation we are living in and the pandemic, we are allowed to race and that's great,” Bertagnolli said. “In the past month I trained very hard at Andrea's house and principally in slalom I improved my technique a lot. I feel much better on the skies this year than the last season.”

The constant threat for Bertagnolli in the Veysonnaz races was the recently returned Jakub Krako of Slovakia. The five-time Paralympic champion and his guide Branislav Brozman missed last season due to injury, but are now catching up to the young Italian star.

“I’m really happy that I’m at the World Cup again. The racing was the one thing that I really missed last season when I was after my surgery,” Krako said. “It’s brilliant that I was able to come back in this form and that in these conditions I am able to race and finish in second place, but there’s a lot to do beat the Italian guys.”

In the women’s vision impaired class, Austria’s Veronika Aigner and guide Elisabeth Aigner also won both slalom races to make it a perfect sweep in Veysonnaz. The Austrians remain dominant in all their starts, beating their closest opponents by an average of 9.59 second so far.

Anna-Lena Forster is enjoying an even longer winning streak in women’s sitting. Including the Europa Cup races that started in November, the German sit skier has now gone undefeated in 12 races.

She had two more convincing performances in the slalom races in Veysonnaz where she beat her opponents by at least 14 seconds on both occasions.

Bauchet’s star teammate Marie Bochet, however, has struggled to clinch gold so far this season. The French skier, who swept gold at the 2019 World Para Alpine Skiing Championships, comes away from Veysonnaz with one silver and two bronze medals.

She missed out on gold by 0.76 seconds to Russia’s Varvara Voronchikhina in the first slalom race. Sweden’s Ebba Aarsjoe won gold in the second slalom to add to her double gold from the earlier giant slaloms.

Full results and standings from the World Cup in Veysonnaz are available on the World Para Alpine Skiing website.

The next stage of the World Cup takes place in Saalbach, Austria from 1 to 7 February with four speed races on the agenda. 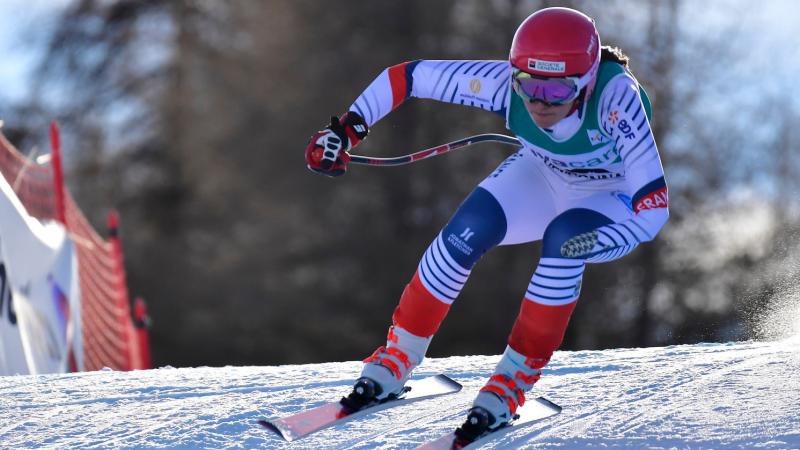