The IPC has launched a series of videos sponsored by Visa to promote athletes on their road to PyeongChang 2018 Paralympic Winter Games, which take place 9-18 March. 09 Mar 2018
Imagen 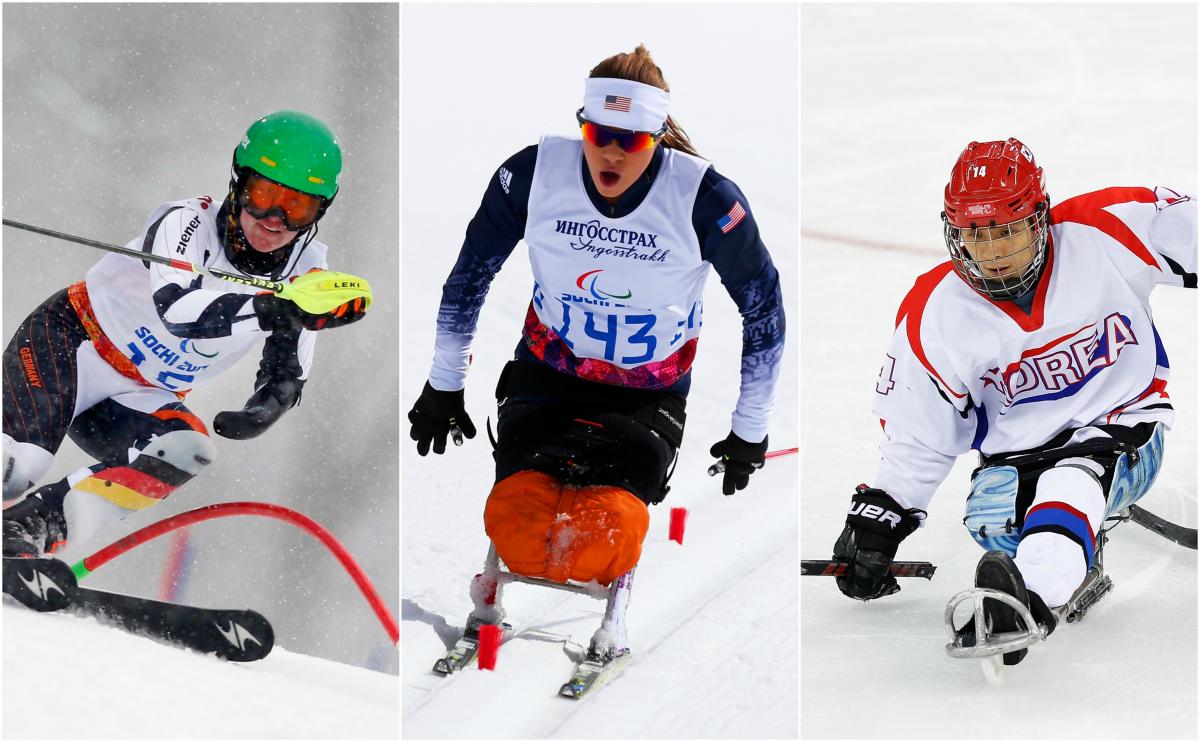 The International Paralympic Committee (IPC) has created a video content series sponsored by Worldwide Paralympic Partner Visa about three extraordinary Paralympic athletes on the road to the PyeongChang 2018 Paralympic Winter Games. Their stories highlight how they have found new finish lines in their lives to achieve greatness on and off the field of play.

The series of videos features German alpine skier Andrea Rothfuss, USA cross-country skier & biathlete Oksana Masters, and South Korean ice hockey player Seung-Hwan Jung, as they train and prepare for the Paralympic Games in their everyday and competition life. These videos give fans a chance to experience what it is like to navigate this level of training and competition with an impairment, while the athletes share insights into their personal stories.

Each of these athletes have incredible stories:

Andrea Rothfuss (Germany, Alpine Skiing): Andrea Rothfuss was born without a left forearm and started skiing at age six with one pole. She had quick success at national and European levels before heading to the Torino 2006 Games to make her Paralympic debut. In Torino, she took fourth in the slalom and fifth in the super-G. Then, at just 19, Rothfuss showed her potential by winning four bronze medals in the five events she competed in at the 2009 World Championships. That set the stage for Paralympic Winter Games in 2010, where she won two silvers and a bronze. At the Sochi 2014 Paralympic Winter Games she won gold in slalom, as well as two silver medals.

Oksana Masters (USA, Cross-country skiing & Biathlon): Oksana Masters was born with complications that later were linked to nuclear radiation exposure and she was given up for adoption at a Ukrainian orphanage. Needless to say, the now three-time Paralympian has been defying all odds since birth. Masters has three Paralympic medals under her belt (one bronze and one silver in cross-country skiing, and a bronze medal in rowing), and is hungry for her first gold at PyeongChang 2018. She is also hoping to make history. After missing the medal podium by three seconds in 2014, Oksana is aiming to be the first US athlete at the Olympic or Paralympic Winter Games to medal in biathlon.

At age five, Jung lost his left leg after an accident, resulting in an amputation. He picked up Para ice hockey in 2004, despite concerns from his parents that the sport was too tough. Jung instead proved with his fast playing style and strong leadership that he deserved to be ranked as one of the top Para ice hockey players in South Korea. After helping South Korea to a 7th place finish at the Vancouver 2010 Paralympic Winter Games, Jung served as the country’s flag bearer for the Opening Ceremony at the Sochi 2014 Paralympic Winter Games. After leading his team to another 7th place finish, he was voted to again serve as the flag bearer for the Closing Ceremony. Now, with South Korea playing host in 2018, Jung is determined to bring his team to the podium and win a medal for his country.

“The Paralympic athletes represent a shared value of acceptance; meanwhile, the Paralympic Games provide a global stage to celebrate achievements that represent the best in humanity as well as sport.” said Chris Curtin, Chief Brand and Innovation Marketing Officer at Visa. “At Visa, all 14,0000 employees take deep pride in supporting the IPC in the upcoming Games.”

The videos will be released across digital media platforms this week; the launch of Oksana Masters’ and Andrea Rothfuss’ videos coincides with International Women’s Day (March 8). These video in particular highlight their successes and strengths as female athletes. Globally, this year’s International Women’s Day campaign theme calls on groups to #PressforProgress. Their campaign celebrates the people, teams, communities and media who actively choose to support, cover and feature women's sport.

“The International Paralympic Committee strives for equality in all areas, including gender equality. It is important for us to cover the successes and stories of our male and female athletes equally,” said Craig Spence, IPC Director of Communications. “For us, Andrea Rothfuss, Oksana Masters and Seung-Hwan Jung embody the Paralympic values of courage, determination, inspiration and equality. This great new video series provides fantastic insights into what makes them world class Para athletes.”