Japanese sit-skier Takeshi Suzuki won his first Paralympic gold at Sochi 2014, on the anniversary of losing his legs, and will return to the snow at the Europa Cup. 18 Dec 2014
Imagen 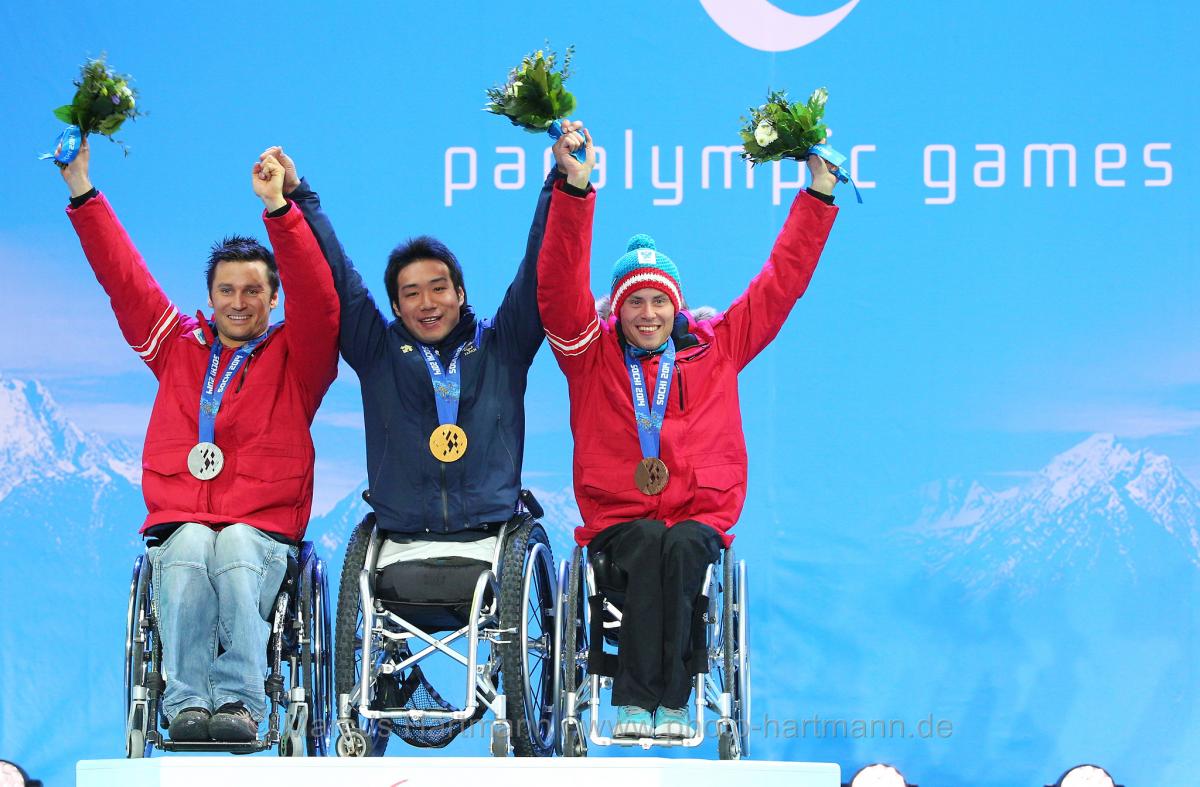 “As long as I am athlete, I will try to go to the top”

Japanese slalom Paralympic champion Takeshi Suzuki will return to the snow for the first time on Friday (19 December) in Kuhtai, Austria, after winning his first Games gold medal at Sochi 2014 on the 17th anniversary of losing his legs.

He was inspired to take up skiing after watching his home Paralympic Games in Nagano in 1998, the year after he stepped off a bus and was hit by a truck whilst on his way home from school.

“In Nagano 1998, I saw the athletes who are standing on the victory stand,” Suzuki said. “I had a dream that I wish to have the gold medal. It is my pleasure that such dream was realised.

Suzuki will compete at the IPC Alpine Skiing Europa Cup in Kuhtai alongside his compatriots, rivals and fellow Paralympic champions Taiki Morii and Akira Kano. The team begin their season in Austria ahead of the 2015 IPC Alpine Skiing World Championships in Panorama, Canada, from 28 February – 10 March.

Suzuki believes that training with his competitors gives him an edge, and that after Sochi he feels confident of taking back the super-combined world title he lost in 2013 to Morii.

“As long as I am athlete, I will try to go to the top,” he said. “And I wish to ski as an athlete who has the gold medal.”

Suzuki is also already looking ahead to PyeongChang 2018, with an eye on sealing more coveted Paralympic titles, even if by then he will be 30-years-old.

“There are many top athletes around me but by training with such top athletes, I wish to get better results in 2018,” he said.

More than 60 athletes from 15 countries will compete in Kuhtai from 19-21 December, some of them travelling from the IPC Alpine Skiing Europa Cup in Pitztal, Austria, which concluded on Tuesday (16 December).

Panorama 2015 will gather over 130 athletes from 30 countries for the biggest gathering of alpine skiers since Sochi 2014.

World rankings for the season can be found here as well as results.

The full 2014-15 calendar can be viewed at IPC Alpine Skiing's website.