The International Paralympic Committee (IPC) has announced that the eighth VISTA conference for scientists and experts in para-sport will be held in Toronto, Canada, between 19-22 September 2017.

Organised through a partnership between the IPC, the Canadian Paralympic Committee (CPC) and the Canadian Sport Institute Ontario (CSIO), the theme of VISTA 2017 will be “Opportunities and challenges in Paralympic sport science and medicine support.”

Around 300 of the world’s leading sports scientists, sport medicine practitioners, classifiers, coaches, athletes and sport administrators are expected to attend. VISTA was first held in 1993 in Jasper, Canada, and aims to provide a forum for exchange on current information, research and expertise related to Paralympic Sport and the Paralympic Movement.

The seventh edition of VISTA is currently taking place in Girona, Spain, with around 260 people in attendance. This year’s theme is “Securing the future for young para-athletes”.

Peter Van de Vliet, IPC Medical and Scientific Director, said: “We are very excited to announce that VISTA 2017 will take place in Toronto, a city that recently staged the best ever Parapan American Games.

“VISTA 2017 will see the conference returns to its roots with Canada having hosted the first edition in 1993. Since then the conference has continued to grow in size and scale and is now the world’s leading conference for sports scientists and researchers to discuss and debate key issues relating to the growth of the Paralympic Movement.”

"With 2015 being the Year of Sport in Canada, and coming off such a successful home Games in Toronto, it is a great honour to now be awarded the privilege of hosting the 2017 VISTA conference,” said Gaétan Tardif, President of the CPC. “Looking ahead to 2017, the excitement continues as Canada will be celebrating its 150th birthday that year. We look forward with great anticipation to the unique opportunity to contribute to the advancement of para-sport science, in collaboration with our international colleagues.”

Debbie Low, Chief Executive Officer of CSIO, said: “The Canadian Sport Institute Ontario is thrilled to be named the host for the 2017 VISTA Conference. Thank you to the IPC for this honour. We look forward to working with the IPC and Canadian Paralympic Committee over the coming months to plan a world-class sport science and medicine conference. Being awarded the VISTA Conference builds on the accessibility legacy of the successful Toronto 2015 Parapan American Games, and furthers the Paralympic Movement in Toronto and Canada. CSIO can’t wait to welcome the Paralympic sport science and sport medicine community from around the world to Toronto for the 2017 VISTA Conference!”

The VISTA 2017 theme “Opportunities and challenges in Paralympic sport science and medicine support” will be addressed by a number of keynote speakers, invited symposia and free communications. The biennial IPC Paralympic Scientific Award will also be presented in Toronto. This year the accolade went to Professor Jennifer Mactavish, the Dean of the Yeates School of Graduate Studies at Ryerson University, in recognition of the role she played in the re-inclusion of athletes with an intellectual impairment into the Paralympic programme.

Further information regarding registration and speakers for VISTA 2017 will be announced in due course. 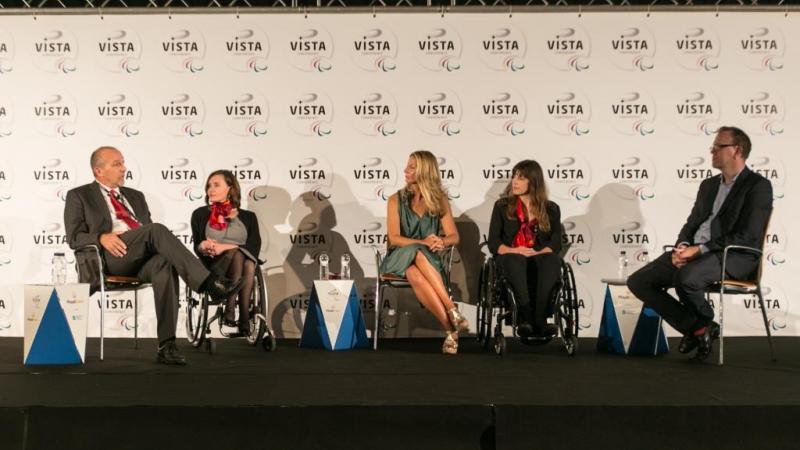