Vote now for the Allianz Athlete of the Month – August 2016

The public has until 6 September to vote for their favourite from the four candidates. 30 Aug 2016
Imagen 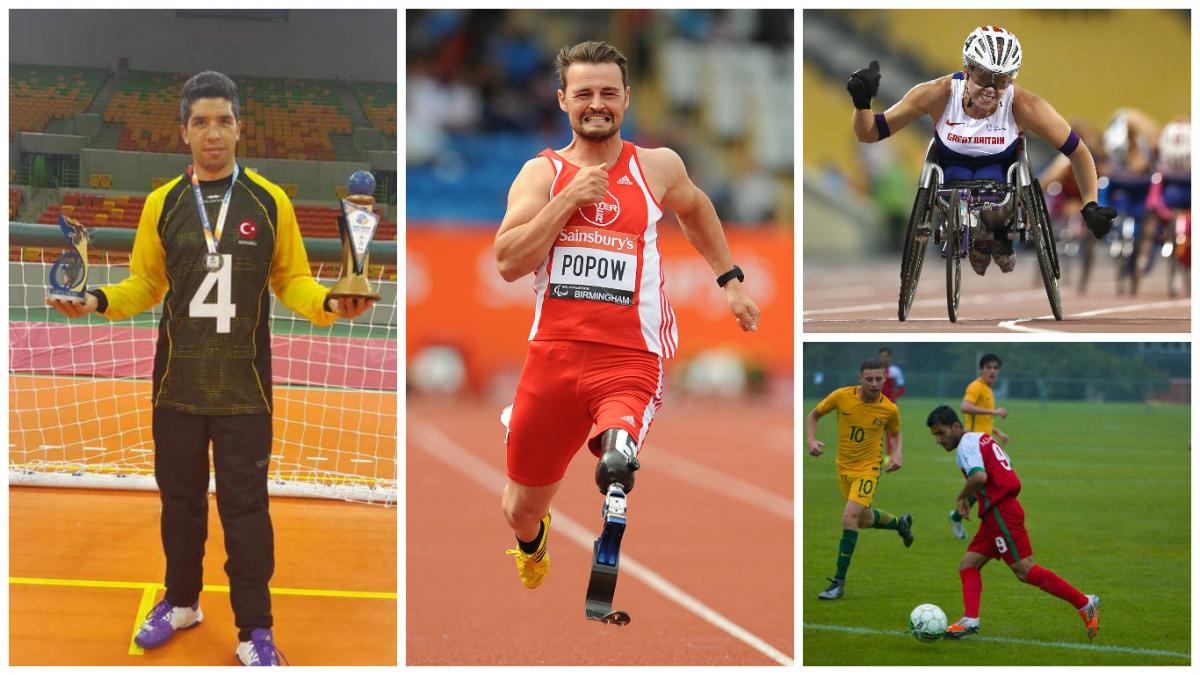 Four Para athletes have been shortlisted for the Allianz Athlete of the Month poll for August 2016: Ekrem Gundogdu, Hannah Cockroft, Mehdi Jemali and Heinrich Popow.

Four Para athletes have been shortlisted for the Allianz Athlete of the Month poll for August 2016, and the public is now invited to vote for their winner via www.paralympic.org.

Cockroft clocked a new best in the women’s 800m T34 at the Godiva Classic meeting in Coventry, Great Britain. Her time of 1:56.89 puts her back at the top of the world rankings after her US rival Alexa Halko set a then-world record (2:01.83) at the 2016 US Paralympic Team Trials in June.

Gundogdu helped the Turkish men’s goalball team defeat Germany for the gold medal at the 2016 Malmo Men Intercup, one of the last major events before the Rio 2016 Paralympic Games. He was Turkey’s top scorer with 28 goals, as Turkey won the event for the second straight year.

Popow extended his world record mark in the men’s long jump T42. He leapt 6.77m at a meet in Leverkusen, Germany, adding five centimetres on to the mark he set in early July.

The public has until 12:00 (CEST) on Tuesday (6 September) to vote for the athlete they want to be the Allianz Athlete of the Month for August 2016 via the www.paralympic.org homepage.