Vote now for the Allianz Athlete of the Month – February 2017

The public has until 9 March to vote for their favourite among the five candidates. 02 Mar 2017
Imagen 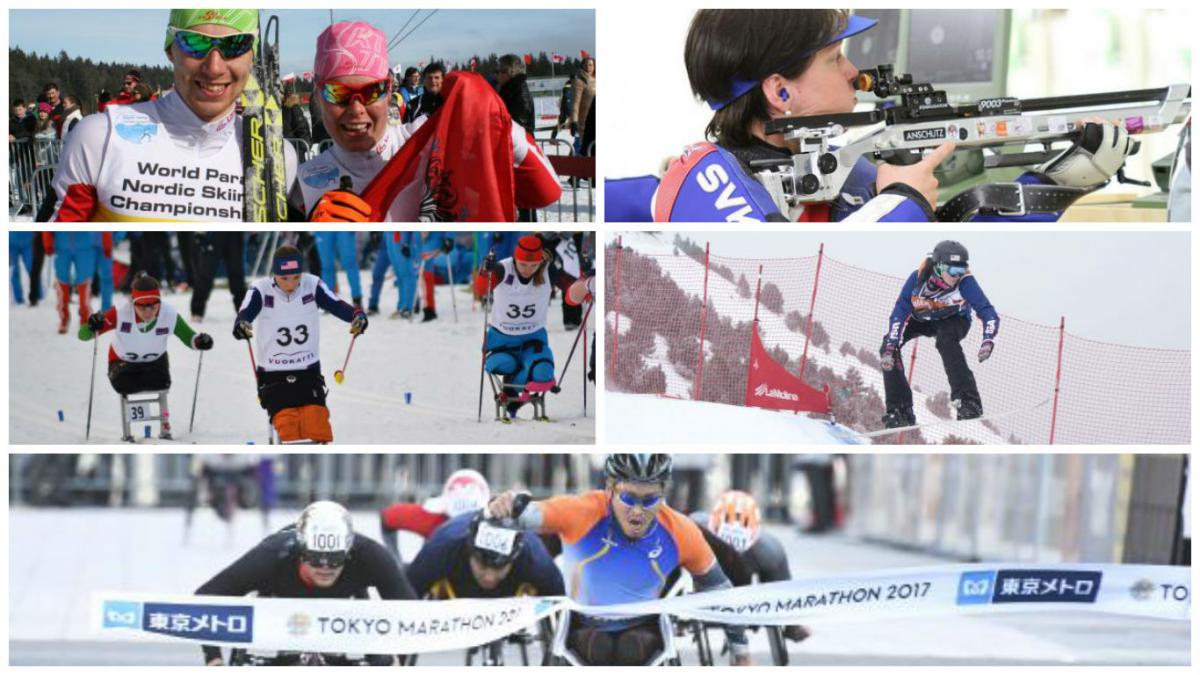 Carina Edlinger, Brenna Huckaby, Oksana Masters, Veronika Vadovicova and Sho Wantanabe have been shortlisted for February's Athlete of the Month.

The International Paralympic Committee (IPC) has revealed the shortlist for the Allianz Athlete of the Month for February, and the public can now vote for the winner on www.paralympic.org.

At her first World Para Nordic Skiing Championships, the 18-year-old claimed a surprise double gold in the women’s cross-country sprint and long distance visually impaired events alongside her guide and brother Julian. They also took bronze in the cross-country middle distance in Finsterau, Germany.

Huckaby won two gold medals at the 2017 World Para Snowboard Championships in Big White, Canada. The 21-year-old had a late comeback in the snowboard-cross big final to defend her world title, and won the banked slalom SB-LL1 gold medal, an event she took silver at two years ago. It all comes after taking last season off to have a baby and a late start to training this season.

Masters made history for the USA after claiming four golds at the World Championships in Finsterau. She completed a clean sweep in cross-country, winning the sprint, middle distance and long distance sitting events. The 27-year-old added another title in the biathlon sprint and a bronze in the biathlon individual.

The Rio 2016 Paralympic champion opened the 2017 season with a bang, winning all four of her events at the World Shooting Para Sport World Cup in Al Ain, United Arab Emirates. That included three new world records due to a change in the finals format, and one in R8 (women’s 50m rifle three positions SH1).

Watanabe defeated Switzerland’s Paralympic champion Marcel Hug to win the Tokyo Marathon. The 25-year-old clocked 1:28.01 to finish just ahead of Hug (1:28.01), who had won all six major marathons in 2016.

The public has until 12:00 (CEST) on Thursday (9 March) to vote for the athlete they want to be the Allianz Athlete of the Month for February 2017 via the www.paralympic.org homepage.