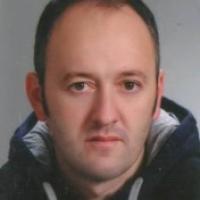 When and where did you begin this sport?
He took up Para skiing in 1995.
Why this sport?
He was a skier before his 1993 accident. After the accident his friends invited him to play volleyball, but he turned them down because he was still interested in football and skiing. He eventually decided to form his own Para ski team.
Club / Team
SKOSI Sarajevo: Bosnia & Herzegovina

Nicknames
Chico (Vancouver, 21 Mar 2010)
Most influential person in career
His family. (mine.ba, 08 Dec 2011)
Awards and honours
In 2020 he was presented with the Zelimir Vidovic Keli award from the football club FK Sarajevo in Bosnia and Herzegovina. (fksarajevo.ba, 26 Oct 2020)

In 2018 he was one of the recipients of the title 'Champion of Inclusion' as part of a project established by the Infohouse foundation and UNICEF Bosnia and Herzegovina [UNICEF BiH]. The honour recognised his contribution to the social inclusion of children with impairments through sport. (globalanalitika.com, 19 Aug 2018)

He served as flag bearer for Bosnia and Herzegovina at the opening ceremony of the 2010 Paralympic Winter Games in Vancouver. (paralympic.org, 11 Mar 2010)
Milestones
He became the first athlete from Bosnia and Herzegovina to compete at the Paralympic Winter Games when he participated at the 2010 Games in Vancouver. (sochi2014.ru, 01 Feb 2014; fksarajevo.ba, 26 Oct 2020; SportsDeskOnline, 06 Jan 2021)
Impairment
While working as a landmine clearer during the Bosnian War in 1993, his left leg was amputated below the knee following an explosion. (Vancouver, 21 Mar 2010; globalanalitika.com, 19 Aug 2018)
Other information
FOUNDER
In 2016 he established SKOSI Sarajevo, a ski club for people with impairments in Bosnia and Herzegovina. He has also launched the project 'Skiing for all', which aims to promote the sport to children with impairments in Bosnia and Herzegovina. "I am not only coach, instructor and teacher, but I am also a pupil, as they teach me sign language. I am extremely proud of the project 'Skiing for all'. When they say, 'Coach, we can't do this', I say, 'Well I am like you', and show them that I don't have my leg and this stops their resistance. I try to convey my attitude to these children, because through sports, competitions and socialising they will certainly become better members of society in the future and I believe most of them will graduate from university and then transfer their knowledge to others. This is much more than sport. They feel much better, they are full of self-confidence, they communicate without problems and I am very proud of them." (faktor.ba, 07 Jan 2018; vijesti.ba, 13 Jan 2019)

OTHER ACTIVITIES
He hosts the radio show 'Sportus Paralimpicus', which aims to promote Para sport in Bosnia and Herzegovina. "Sportus Paralimpicus is a universal radio show which promotes sport for people with disabilities. The show also promotes athletes and their successes including rehabilitation and social inclusion through sport and sport activities." In 2015 he appeared in the film 'Il Successore' [The Successor], which follows a former manufacturer of landmines and his journey around Bosnia and Herzegovina. (globalanalitika.com, 19 Aug 2018; LinkedIn profile, 01 Jan 2021; ischiafilmfestival.it, 29 Jun 2015)

EDUCATION
He has a degree in computer engineering and a master's in economics from the University of Sarajevo in Bosnia and Herzegovina. While at college he qualified as an instructor for the Mine Risk Education scheme. (Twitter profile, 16 Dec 2014; landmine-victims.org, 05 Feb 2013)

TOUGH TIMES
After losing his leg as a result of a land mine explosion, he says both his grandfather and his faith served as motivation during his rehabilitation. "My late grandfather was a World War II amputee. The picture that came to my mind in the moments after my injury was of my grandfather sitting in an old house in Visegrad [Bosnia and Herzegovina] and studying the Qur'an, this helped me much more than any medical rehabilitation. It is very difficult for a 19 year old to accept the fact, especially for someone who was an athlete, that he is now a person with a severe impairment. However, my faith made it a lot easier for me and made me accept some things." (aa.com.tr, 10 Jun 2017; handicap-international.de, 16 Mar 2016)