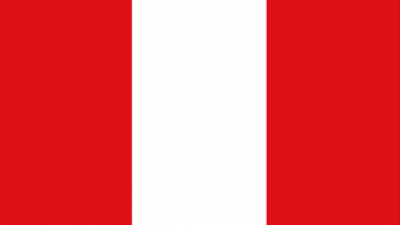 Sporting philosophy / motto
"What you should do less in life is to rest, for there will be time for that later." (Facebook profile, 03 Feb 2015)
Awards and honours
He was recognised by the Peruvian Institute of Sport in 2014 for his outstanding sporting character and acting as an inspiration for improvement within the sporting community. (LinkedIn profile, 24 Mar 2015)

He was named the 2013 Peruvian Para Athlete of the Year. (Twitter profile, 23 Mar 2015)
Other sports
He has competed in para-badminton and was the 2013 Pan American champion. (peru.com, 10 Dec 2014)
Impairment
At age 14 he was diagnosed with osteosarcoma, a type of bone cancer that mostly affects children and adolescents. After undergoing unsuccessful chemotherapy treatment, his right leg was amputated at age 15. (Facebook page, 25 Mar 2015; diariocorreo.pe, 05 Sep 2014; larepublica.pe, 07 Jul 2011)
Other information
CAREER
He was U13 and U15 Peruvian champion in badminton prior to his amputation. Following his operation, he gave up the sport while he finished high school and went to college. In 2010 he was told about para-badminton by a referee at a tournament he attended. He has since gone on to represent Peru, winning bronze at the 2011 World Championships in Guatemala City, Guatemala. In 2014 he decided to switch his focus to para-swimming because para-badminton is not included on the programme for the 2016 Paralympic Games in Rio de Janeiro. (Twitter profile, 23 Mar 2015; peru.com, 17 Dec 2014; parasport-news.com, 23 Nov 2014; larepublica.pe, 27 Jul 2014)