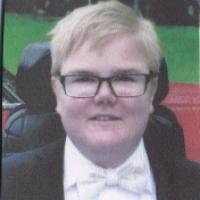 When and where did you begin this sport?
He took up shooting in 2006 with the Mariestads SG club in Sweden.
Why this sport?
"At age six I started playing football like a lot of my friends did, but the older I got, the harder it became for me. The illness sadly forced me to stop playing football, but instead I became responsible for the team's statistics. While I was doing that, I began to look for another sport that would suit me better. Then one day my father was reading in the newspaper that Mariestads SG had a shooting test day. I went there, tried it, and settled on shooting."
Club / Team
Mariestads Skyttegille : Sweden
Handedness
Right

SANCTION
He was suspended for one month after returning an adverse analytical finding for prednisolone and prednisone in a urine sample provided on 27 April 2017 after competing at the 2017 Grand Prix in Szczecin, Poland. He provided corroborating evidence to explain how the substance entered his body, disclosing that it was being used for a medically justified reason despite his Therapeutic Use Exemption [TUE] certificate not being valid at the time of the test. The International Paralympic Committee [IPC] was satisfied that the violation was not intentional. The suspension was imposed from 16 August 2017 to 16 September 2017. (paralympic.org, 16 Oct 2017)