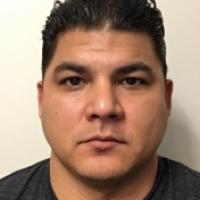 When and where did you begin this sport?
He took up the sport in 2013 at a local ice rink in Rockville, MD, United States of America, through the USA Warriors programme.
Why this sport?
He enjoyed the camaraderie and physicality involved in the sport. "When I started playing, I identified with sled hockey. It gave me something to wake up to, something to get better at every day. I live, breathe, and sleep hockey now."
Club / Team
Colorado Avalanche: Denver, CO, USA
Name of coach
David Hoff [national], USA
Training Regime
He trains for 25 hours a week.
Preferred position / style / stance / technique
Defence

Nicknames
Wreck It Ralph [because of his reputation for performing hard-hitting tackles. "I just like to be physical on the ice. Any time I can bring the pain, that is what I try to do."] (OIS, 11 Mar 2022; cbssports.com, 03 May 2017)
Hobbies
Woodworking, swimming, music, camping, travelling, drone photography. (Athlete, 03 Mar 2022; townsquarenoco.com, 11 Feb 2021; teamusa.org, 07 Mar 2018)
Memorable sporting achievement
Winning gold at the 2018 Paralympic Winter Games in Pyeongchang. (Athlete, 03 Mar 2022)
Most influential person in career
His US national teammates Josh Misiewicz, Noah Grove, and Nikko Landeros. (Athlete, 03 Mar 2022, 29 Mar 2018)
Hero / Idol
US basketball players Kobe Bryant and Shaquille O'Neal, US golfer Tiger Woods. (Athlete, 03 Mar 2022)
Sporting philosophy / motto
"No legs, no worries." (Instagram profile, 04 Sep 2017)
Awards and honours
In 2018 he was inducted into the Los Angeles Sportswalk of Fame. (Instagram profile, 12 Oct 2018)
Impairment
In 2012 he was serving in the United States Marine Corps in Helmand Province, Afghanistan, when he was injured by an improvised explosive device [IED]. He was crawling on the ground at night trying to locate a reported IED when an Afghanistan coalition member stepped on a bomb. DeQuebec lost both of his legs above the knee in the subsequent blast, and had to undergo partial amputation of his left little finger and right thumb. He also contracted pneumonia while recovering at Landstuhl Regional Medical Center in Germany. (Athlete, 29 Mar 2018; si.com, 05 Feb 2016)
Other information
GETTING STARTED
He played the NHL ice hockey video game series to help familiarise himself with the sport after taking up Para ice hockey in 2013. He used the game's customisation mode to create a right-shot defender to match the position he wanted to play. "[The video game] had little cues to tell you what you needed to do, so I was learning positioning. Eventually it developed to where I didn't have to have those cues anymore. I had awesome teammates that would talk me through it, and to be able to go through it in a video game with a lot of repetition helped me develop that hockey IQ fast. In a video game, you learn how to pinch [a play from a defender in ice hockey]. I became very cautious of when I was pinching, so it helped me with my game. One of the first things I noticed was when I was pinching in a video game, if I lost the puck it was bad news, so I transferred that over to sled hockey. The more I learned on the ice I was able to apply to the game. It went back and forth, so I grew with this [video] game." (OIS, 11 Mar 2022; nhl.com, 15 Jun 2018; si.com, 05 Feb 2016)

PHYSICAL STYLE
Nicknamed 'Wreck It Ralph' for his playing style, he says the physical aspect of Para ice hockey was part of what attracted him to the sport. "I got injured in 2012 [in Afghanistan] and was trying to figure out what I wanted to do after my injury. I didn't know anything about hockey, but started playing. Six months into it, I played my first scrimmage and got to lay somebody out, and I was waiting for a whistle. Then there was no whistle, so I was like, 'I think I found my sport'. I grew up in LA [Los Angeles] playing [American] football and was a middle linebacker, so [contact sport] was natural for me. I liked the physical body on body contact, imposing your will type of deal. I am super attracted to that part. When I started playing hockey and realised that was allowed, because there are not a lot of sports out there that allow physical contact like that, it drew me in right away. If it is physical, I don't let nobody walk right over me." (OIS, 11 Mar 2022)