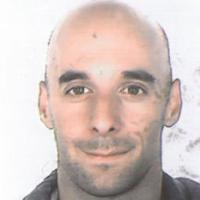 When and where did you begin this sport?
He took up the sport in 2002.
Why this sport?
He used to play wheelchair rugby but wanted to get involved in a sport that was more about the individual. "I really enjoyed the team aspect of wheelchair rugby but there is something about playing and competing on your own where you are not dependent on other people. I think I just like to be able to do it on my terms and compete as hard as I can."
Club / Team
Coventry Godiva Harriers: England

Hero / Idol
British wheelchair racer David Weir. (sportsaid.org.uk, 03 May 2014)
Other sports
He has competed in wheelchair rugby for the North East Bulls and the Great Britain development squad. (Coventry2012Games, 20 Aug 2011; disabilityhorizons.com, 16 Jun 2011)
Impairment
He sustained a spinal cord injury in 1996, which left him with partial paralysis in all four limbs, after falling about 12 metres while walking on cliffs in Devon, England. "It was a camping holiday with friends, and one night we went walking and the light was bad. I fell down a gully and couldn't move. I sustained a C5/6 incomplete spinal injury and spent nine months in Salisbury District Hospital. I also have very weak hands and fingers due to my injury." (activehands.com, 05 Mar 2015; disabilityhorizons.com, 16 Jun 2011)
Other information
BUSINESS OWNER
He is the founder of Active Hands, a business that makes gripping aids for people with an impairment. "I used my engineering knowledge to invent the 'Active Hands' gripping aids. I designed these to enable me to hold heavy items and perform activities I would not be able to do otherwise. Once other friends with disabilities saw them in use they also wanted a pair." (activehands.com, 05 Mar 2015; disabilityhorizons.com, 16 Jun 2011)