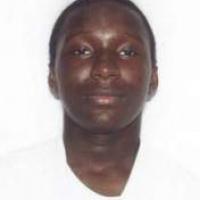 When and where did you begin this sport?
He took up the sport at age 10 with help from US Para athlete Rudy Garcia-Tolson.
Why this sport?
"We were living in San Diego at the time and the only reason I wanted to learn how to swim was because I was afraid of the water."

Nicknames
Rod (florala.net, 28 Aug 2014)
Hobbies
Running, surfing, volunteering. (ncaswim.com, 03 May 2016)
Memorable sporting achievement
Winning gold in his international debut at the 2014 Para Pan Pacific Championships in Pasadena, CA, United States of America. (teamusa.org, 08 Aug 2014)
Most influential person in career
Coach Alan Voisard. (florala.net, 28 Aug 2014)
Sporting philosophy / motto
"No legs, no limits." (Twitter profile, 22 Aug 2016)
Ambitions
To compete in the 2020 Paralympic Games in Tokyo. (Twitter profile, 24 Apr 2017)
Impairment
He was born with the tibia bones missing in his legs. His mother decided to have his legs amputated at age one to improve his mobility. (disabilitynews.com, 19 May 2012)
Other information
OCCUPATION
He teaches at an outreach swim programme at his local YMCA in San Diego, CA, United States of America. (marketwired.com, 05 May 2016)

FAMILY SUPPORT
The cost of affording his prosthetic legs was so high it led to the family leaving their home when he was age seven and enduring several years of homelessness, before settling in Birmingham, AL, United States of America, with the help of friends and other family. (disabilitynews.com, 19 May 2012)