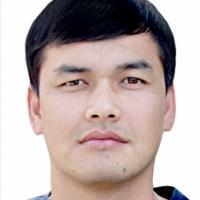 Hobbies
Powerlifting. (kp.kz, 14 Aug 2019)
Sporting philosophy / motto
"Sometimes you make a mistake and fall. But you need to find strength in yourself, rise and move on." (kp.kz, 14 Aug 2019)
Awards and honours
In 2017 he received the Person of the Year award from the Rehabilitation Centre for the Impaired in Kazakhstan. (ru.kyzylorda-news.kz, 08 Oct 2018)
Impairment
His impairment is the result of a car accident in 2013. (kzvesti.kz, 15 Dec 2018)
Other information
VOLUNTEER GROUP FOUNDER
In 2017 he founded the Zhyly Zhurek Zhastar volunteer youth group that organises charity events for children. "It was not by chance that I decided to become a volunteer. This idea came when I was in my wheelchair in the street and saw passers-by paying attention to me, thinking that I needed help. It was then that I decided to show that all people are the same and I set a goal to change attitudes towards people with impairments. That's how I became a volunteer." (kp.kz, 14 Aug 2019; kzvesti.kz, 15 Dec 2018)

BOOK
He has authored a book about seven people named 'Seven Destinies, All of Which Are Exemplary'. "Despite difficulties in life, my heroes have achieved success in various fields. I wanted to convey to the reader that through aspiration and perseverance, difficulties can be overcome." (kp.kz, 14 Aug 2019)