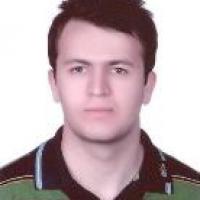 When and where did you begin this sport?
He took up athletics in 2008 in the Islamic Republic of Iran.
Why this sport?
He initially practised table tennis, before it was suggested he try athletics and throwing events. "That was not something I really loved in the beginning, but it grew on me. It was hard to spin the discus. It's all about technique, it's from your toes to your fingers."
Name of coach
John Karahalios [personal], USA, from 2018

Hobbies
Hiking, road trips, swimming. (Athlete, 19 Nov 2019)
Memorable sporting achievement
Competing at the 2019 World Championships in Dubai, United Arab Emirates. (Athlete, 19 Nov 2019)
Hero / Idol
German discus thrower Robert Harting. (Athlete, 05 Sep 2016)
Sporting philosophy / motto
"Sport means a lot to me because it helps me to survive and do better, it helps me to persevere, and it taught me how to sacrifice to achieve my goals." (UNHCR YouTube channel, 06 Jul 2021)
Awards and honours
He was flag bearer for Independent Paralympic Athletes at the closing ceremony of the 2016 Paralympic Games in Rio de Janeiro. (paralympic.org, 19 Sep 2016)
Ambitions
To compete at the 2020 Paralympic Games in Tokyo. (francsjeux.com, 12 Sep 2019)
Impairment
He was born with cerebral palsy, which affects the mobility on his left side. (paralympic.org, 03 Aug 2017, 09 Jun 2021)
Other information
REFUGEE ATHLETE
In early 2016, he contacted the International Paralympic Committee [IPC] suggesting the idea of forming a refugee team for the 2016 Paralympic Games in Rio de Janeiro. He became one of two Independent Paralympic Athletes to compete at the Games. "In the spring of 2016, I was one of the first people to reach out to the International Paralympic Committee about having a team for Rio 2016. I just heard the news that the International Olympic Committee was going to form a team for the Olympics. Then it came to my mind, 'What about the Paralympics?' I think my early emails helped ignite things. When you have a group, you get more attention. It's so great to see more athletes involved now. I hope this gets bigger and bigger in the coming years. The spirit of the Paralympics is something else. When you're at the Games and competing and seeing the people, you feel something else, something special. So you don't want to quit." (kyodonews.ne, 15 Aug 2019; paralympic.org, 03 Aug 2017, 09 Jun 2021)

ASYLUM IN THE UNITED STATES
He was granted asylum in the United States of America after leaving the Islamic Republic of Iran in late 2015. Having initially arrived in San Francisco, California, he was later assisted by non-profit organisation Buffalo Peace House in the state of New York. Ahead of the 2020 Paralympic Games in Tokyo, he selected Buffalo Peace House to receive 10,000 USD through the Athletes for Good Fund. "You're somewhere where you don't know anyone. You're in a new world. And it's just you versus you. They [Buffalo Peace House] really helped me start my life and figure things out. That's the place where I could start thinking about doing sports again. I am happy I can give back to them for what they did for me." (paralympic.org, 09 Jun 2021)

FURTHER EDUCATION
He studied public administration at the University of Arizona in Tucson, AZ, United States of America. He has been admitted to George Washington University in Washington, DC, United States of America, to study for a master of business administration [MBA] degree after the 2020 Paralympic Games in Tokyo. (Athlete, 19 Nov 2019; paralympic.org, 09 Jun 2021)

25.9 million hopes rest on Nasajpour at the Worlds