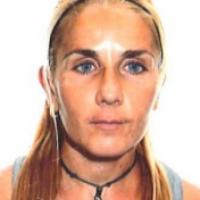 When and where did you begin this sport?
She took up athletics after acquiring her impairment in 2010. She first tried trail running, and at age 34 she began running road races.
Why this sport?
She used to play basketball and did swimming before her visual impairment. Despite continuously falling during her first few competitions in trail running, she was motivated to continue in order to stay involved in sports.

Injuries
In 2018 she suffered a sprained neck after competing in a marathon. The injury was a result of her guide being much taller than her, which affected her posture during the race. (efe.com, 08 May 2020)
Awards and honours
She was named Athlete of the Year by the National League of Mountain Half-Marathon Races in Spain in 2013, 2014 and 2015. (efe.com, 08 May 2020; deportes.ondafuerteventura.es,30 Sep 2020)
Other sports
She has won multiple Spanish national titles in mountain running in the visually impaired category, and has also competed in national cross-country races. (efe.com, 08 May 2020; deportes.ondafuerteventura.es, 30 Sep 2020; tenerifetrail.com, 30 Jun 2012)
Impairment
In 2010 she sustained an eye stroke [anterior ischemic optic neuropathy], a condition that occurs due to a lack of blood flow to the optic nerve. She lost nearly 90% of her vision as a result. (efe.com, 08 May 2020)