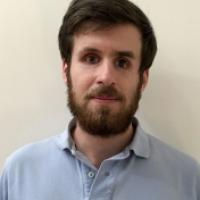 When and where did you begin this sport?
He has loved skiing since he was a child.
Why this sport?
His parents own a chalet in Chamonix, France, where the family used to go skiing almost every week.
Name of coach
Gregory Chambaz [national]; Richard Hamacker [personal]

Injuries
He had surgery on a brain tumour in 2011. (swiss-speakers-bureau.unome.ch, 2015)
Sporting philosophy / motto
"Being different should be considered a strength and not a disability." (swiss-speakers-bureau.unome.ch, 2015)
Ambitions
To compete at the 2022 Paralympic Winter Games in Beijing. (mon-corps.ch, 10 Dec 2018)
Impairment
He lost his left eye at age two after he was diagnosed with retinoblastoma, a form of cancer. He developed the same condition in his right eye at age five, and over the following nine years he required 85 surgical procedures. His vision dropped from 98% to 10%, and in January 2006 doctors told him his life was at risk if the tumour was not removed. "They also told me that the operation would involve the loss of my eye - in other words, I was going to go blind. Surprising as it may sound, it was a great relief for me. We were going to stop tampering with my eye, which looked like permanent building site. I could not stand it, it was too much, it had to finish." (mon-corps.ch, 10 Dec 2018)