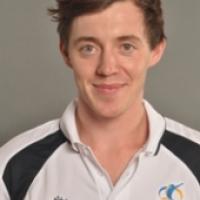 When and where did you begin this sport?
He began the sport at age 10, and was invited to join Australia's winter development team at age 11.
Why this sport?
He was identified by talent scouts while skiing with his family.
Handedness
Left

He was awarded the Whang Youn Dai Achievement Award at the 2014 Paralympic Winter Games in Sochi. The award is presented to the athlete who has performed at an outstanding level and overcome adversity. (paralympic.org, 15 Mar 2014)

He carried the Australian flag at the closing ceremony of the 2006 Paralympic Winter Games in Turin, and at the opening ceremony of the 2010 Games in Vancouver. (dailytelegraph.com.au, 10 Mar 2010)
Impairment
He was run over by a car at age two, which resulted in the amputation of his lower right leg. (paralympic.org.au, 05 Nov 2010)
Other information
RETIREMENT
He retired from para-alpine skiing following the 2014 Paralympic Winter Games in Sochi. "I am going to miss the team and the environment of elite sport, but I'm also really happy and looking forward to something new. I'm looking forward to spending time with my girlfriend and family so I have really mixed emotions. It's happy and sad." (smh.com.au, 15 Mar 2015)

REMEMBERING A TEAMMATE
At the 2014 World Cup in Tarvisio, Italy, he wore a blue armband in memory of his teammate Matthew Robinson, who passed away in February 2014. Kane won the event and dedicated his victory to Robinson. "It means a lot to be able to honour Matt and to keep skiing and riding like he did. He's in our thoughts all the way to Sochi and we're going to try our best for him." (paralympic.org, 26 Feb 2014)

YOUNGEST
At age 19 he was the youngest member of the Australian national team that competed at the 2006 Paralympic Winter Games in Turin. (paralympic.org.au, 04 Mar 2014)