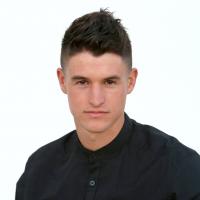 When and where did you begin this sport?
At age 18 his prosthetist encouraged him to attend a running clinic lead by US Para sprinter Brian Frasure and South African Para sprinter Oscar Pistorius, which ignited his desire to become a Paralympian. He began training in the sport in 2010 at age 20, at the Evo Track Club in Long Beach, CA, United States of America.
Why this sport?
He had always dreamed of becoming a professional athlete, and was inspired to take up Para athletics after visiting the Paralympic training centre in Chula Vista, CA, United States of America. "I dreamed about being a professional athlete. In the hospital, I thought it was taken away from me. God had plans for me, and I see now, he sure did. It would have been news to me back then."

In 2011 he sustained a fracture and torn cartilage in his left foot that required multiple rounds of surgery, the last one being in December 2012 which took him four months to recover from. (Athlete, 06 Nov 2019)

He has suffered from regular acute sciatic nerve pain in 2016, 2018 and 2019. He says the pain can be short term or can last up to a month. (Athlete, 06 Nov 2019)
Sporting philosophy / motto
"I have learned that success is to be measured not so much by the position that one has reached in life as by the obstacles which he has overcome while trying to succeed." [Booker T Washington] (trentenmerrill.com, 24 Dec 2015)
Ambitions
To win a gold medal at the 2020 Paralympic Games in Tokyo, set a world record in long jump and beat German Para athlete Markus Rehm in the event. (thecapistranodispatch.com, 23 Feb 2018; Athlete, 06 Nov 2019)
Impairment
In March 2005 he and his friend Scott Agostini were riding in tandem on a dirt bike back to Agostini’s house. They were involved in a collision with a car, and Merrill's right foot was pinned between the dirt bike and car. He had five operations to repair the foot, but it had to be amputated as blood had stopped circulating after transmission fluid had spilled into the wound during the accident. (lariatnews.com, 20 Apr 2011; Athlete, 06 Nov 2019)
Other information
FOUNDATION
In late 2019 he said he planned to establish a non-profit organisation called the Trenten Merrill Hope Foundation, to help provide prosthetics to people who cannot afford or gain access to them. "I experienced the difference a prosthetic made in my life from an early age, giving me hope to pursue greatness. In return, I want to be able to provide that hope to as many amputees as possible." (Athlete, 06 Nov 2019)

UNIVERSITY TRANSFER
He transferred from University of Colorado Boulder to Azusa Pacific University in California for the last two years of his exercise science degree. (Athlete, 25 Oct 2015, 06 Nov 2019)