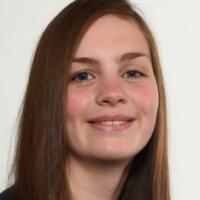 When and where did you begin this sport?
She began swimming at age eight.
Why this sport?
"I would go to watch my mum and brother when they used to go swimming and the coach asked me if I wanted to give it a try. I really enjoyed it and I've carried on ever since."
Club / Team
National Performance Centre Manchester: England

She underwent bilateral shoulder surgery in September 2018. She recovered in time to compete at the 2019 World Championships in London, England, where she won two gold medals. (expressandstar.com, 11 Sep 2019; bbc.co.uk, 10 Sep 2019; prideofsportawards.co.uk, 2019)

An illness affected her performances at the trials for the 2014 Commonwealth Games and the 2014 European Championships. She was not selected for either competition. (birminghammail.co.uk, 01 Sep 2014)

An injury prevented her from attempting to qualify for the 2012 Paralympic Games. (istudy.hk, 04 Jun 2013)
Sporting philosophy / motto
"If I don't train hard today, someone else will." (rwssc.co.uk, 25 Oct 2011)
Awards and honours
She was appointed Member of the Most Excellent Order of the British Empire [MBE] in the 2022 New Year Honours list. (gllsportfoundation.org, 04 Jan 2022)

In 2014 she was named Junior Sportsperson of the Year at the Birmingham Sports Awards in England. (swimming.org, 22 Sep 2014)
Impairment
She was born with cerebral palsy. At age 13 she was diagnosed with dystonia, which is characterised by involuntary muscle contractions. In 2019 she was also diagnosed with scoliosis. (roh.nhs.uk, 25 Aug 2021; mmu.ac.uk, 11 Dec 2019; bbc.co.uk, 31 May 2018; walsalladvertiser.co.uk, 23 Jul 2015)
Other information
SETBACK
Having been selected to compete at the 2016 Paralympic Games in Rio de Janeiro, she had to withdraw a few weeks prior to the Games. After a progression in her condition she was told she would need to quit the sport, but her mother encouraged her to continue. "Everything was going so well for me and I was selected to swim at the Paralympic Games in Rio in 2016. Sadly, my dystonia progressed and I had to withdraw from the Games two weeks before I was due to fly out. I basically had to learn to swim again and discover what my body could still do or not do in the water. I was reclassified in 2017 because of my increased level of disability and returned to major competition at the 2017 summer [British] nationals. There were many times when I almost gave up. When I started to withdraw, there were many times when I was told I wouldn't swim again and it took me so long to get back into the pool. I thought it would be better not to swim than learn I couldn't. But my mum pushed me, because she knew I would find a way." (birminghammail.co.uk, 25 Aug 2021; dystonia.org.uk, 01 Jan 2018)

COVID-19 HELP
When her training was affected by the COVID-19 pandemic in 2020, she used her spare time to sew face masks for her friends and family to use. She also made laundry bags for staff at her local hospital that allowed clothes to be taken home and washed safely. "They are not medical grade [masks], but they made my family and friends happy. I made them from leftover material that I already had. I found a website that had the design on it and printed it off. It would be really easy to feel sorry for yourself and mope about the house, but that wouldn't be good for your mental or physical health." (paralympic.org, 18 Apr 2020)

FRAME RUNNING
She tried Frame Running for the first time in 2018 and has since competed in Para athletics in England. "It has enabled me to socialise with other disabled athletes from a different sport and make some great friends and some people with the same conditions as myself. I took part in a CP Sport athletic series event at Stoke Mandeville which was my first ever athletics competition and I absolutely loved it." (cpsport.org, 04 Jan 2022)

CHAMPION CLASSMATE
She grew up in the same village as multiple Paralympic champion Ellie Simmonds, attending the same school and swim club. "When I was younger, Ellie was one of my biggest inspirations. In school assembly she was always there with her medals and I remember looking at her and thinking, 'That's what I want to do when I'm older'." (bbc.co.uk, 18 Apr 2016)

OTHER ACTIVITIES
She has been a patron of British charity the Dystonia Society and a sporting ambassador for Cerebral Palsy Sport. (cpsport.org, 04 Jan 2022; dystonia.org.uk, 29 Jun 2019)

Sewing is the new gold for Tully Kearney