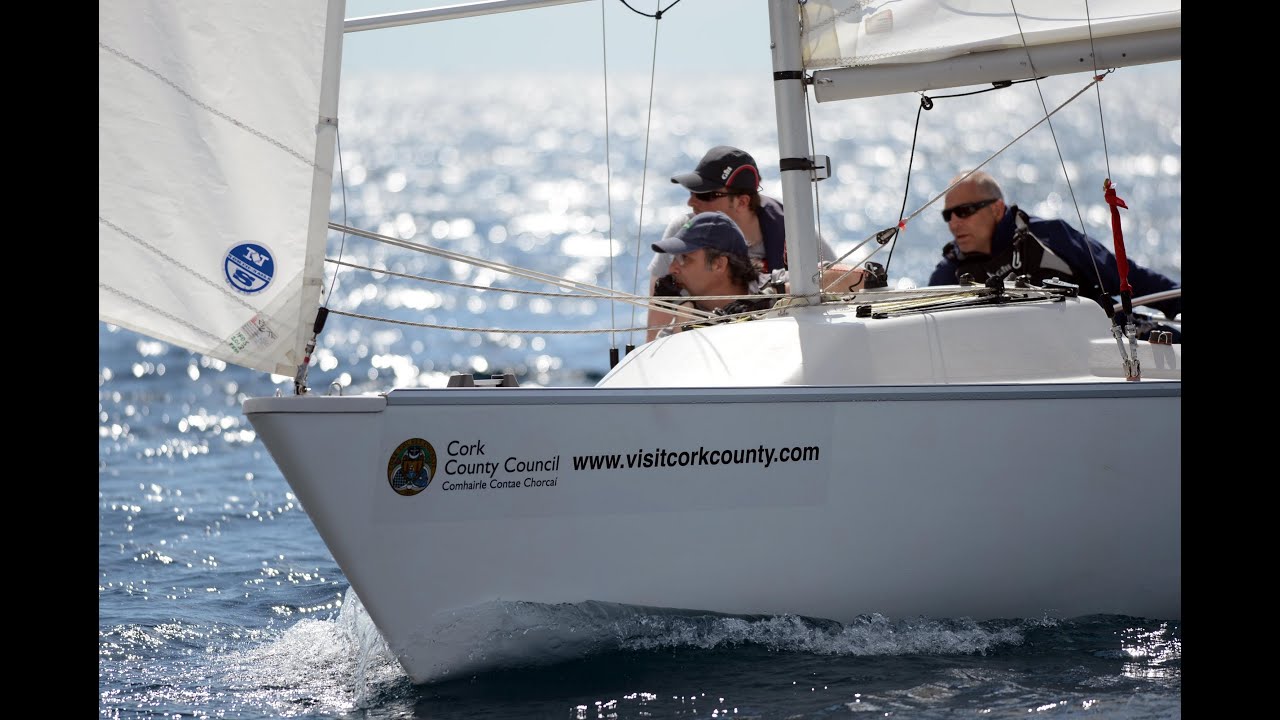 The finish of the Sonar race on 27 August 2013 at the 2013 IFDS Sailing World Championships.

On the Sonar course, the 18 boat fleet got a good start shortly after 12 noon in a northerly breeze coming off the land. However the race had to be abandoned half way up the first leg as the breeze died. The competitors went back to the starting area and waited until the wind filled in from the south/south west although the forecast was to be
from the north. There was only one general recall and the class finished the day with three good races. Bruno Jourden & his crew (France) got the first gun and a fifth and second to end up overnight leaders. Colin Harrison (Australia) finished in second followed by London 2012 Bronze medallist Aleksander Wang-Hansen (Norway) in third.