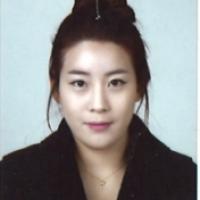 When and where did you begin this sport?
She took up Para skiing in 2006 through a university ski camp, and began training seriously in 2008.
Why this sport?
The Korean Adaptive Ski Association encouraged her to pursue the sport. She heard that there was no female sit skier in Republic of Korea. She also wanted to participate in the 2010 Paralympic Winter Games in Vancouver.
Club / Team
Changsung Engineering and Construction: Korea
Name of coach
Yoo Ki-Won [club, national], KOR

In December 2013 she received the Hoengseong County Citizen Honorary Award in Republic of Korea. (kado.net, 21 Dec 2013)
Other sports
She competed in Para biathlon at the 2013 World Championships in Solleftea, Sweden, and has participated in Para cycling at national level in Republic of Korea. (sports.chosun.com, 24 Oct 2018; pyeongchang2018.com, 21 Nov 2016; SportsDeskOnline, 25 Nov 2020)
Milestones
She became the first Korean athlete to compete in Para cross-country skiing at the Paralympic Winter Games when she took part in the 2010 edition in Vancouver. (blog.naver.com, 02 Dec 2013; SportsDeskOnline, 25 Nov 2020)
Ambitions
To compete at the 2022 Paralympic Winter Games in Beijing. (ichannela.com, 25 Jul 2018)
Impairment
Her impairment is the result of slipping down stairs in 2004. (10thwinter.kosad.or.kr, 26 Feb 2013; naver.com, 12 Mar 2010; Athlete, 11 Mar 2018)
Other information
OTHER ACTIVITIES
She served as an athlete member for the organising committee of the 2018 Paralympic Winter Games in Pyeongchang. "Pyeongchang is the region which has really special meaning for me because it is my father's hometown." (onstn.com, 04 Mar 2014; paralympic.org, 02 Mar 2014)