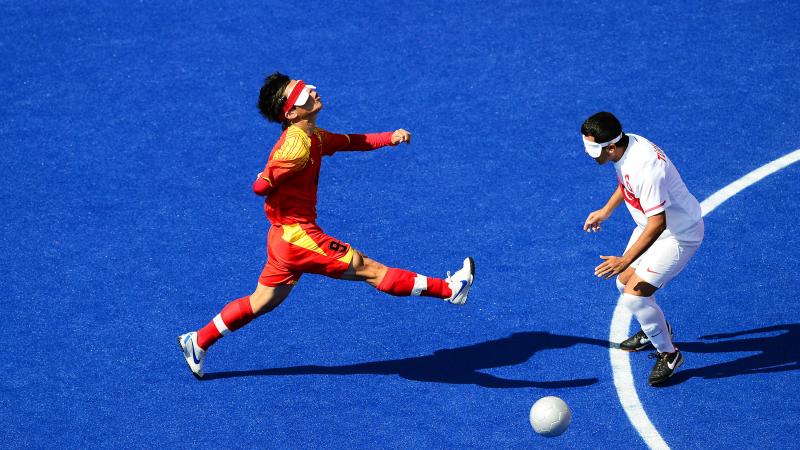 At only 17-years-old at the time, Wang Zhoubin was part of China’s best achieving football 5-a-side that at Beijing 2008 claimed Paralympic silver.

Since then, he has helped his national team become one of the world’s strongest, and Wang is now widely considered one of China’s best blind football players in history.

In 2010, he celebrated on home soil as China won gold at the Asian Para Games in Guangzhou.

Wang went on to compete at both London 2012 and Rio 2016, finishing fifth and fourth, respectively. He was also part of the team that took bronze at the 2010 World Championships and the one that secured a fourth place four years later in Tokyo, Japan.