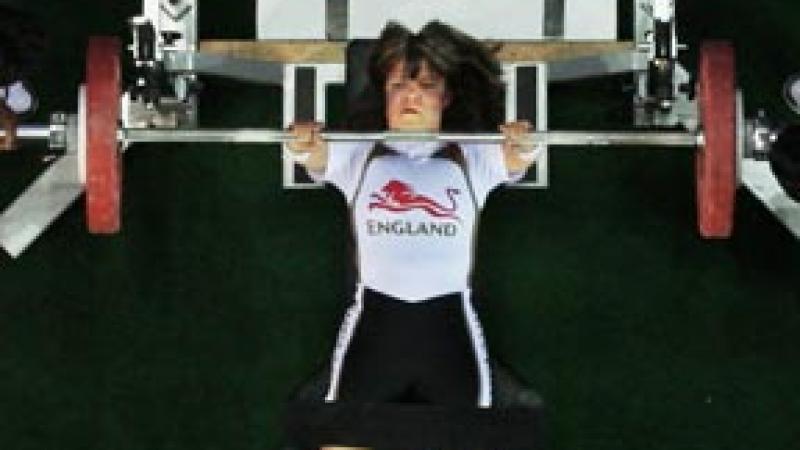 When and where did you begin this sport?
She began powerlifting at age 14 at the East Bergholt Sports Centre in England. She competed for the first time in 2008 in Cardiff, Wales.
Why this sport?
"My old coach was at my high school to do a talk about the army as he was in it. I was playing badminton at lunchtime and my coach was looking round the school. He came over to me and said because of my height I would be good at it [Para powerlifting]. I said no, came home, and spoke to my parents and they said try it and if you don't like it, give it up. I tried it, and enjoyed it."
Club / Team
Suffolk Spartans: Colchester, ENG
Name of coach
Daniel Collins, GBR, from 2008

Hobbies
Supporting English football team Arsenal, watching wrestling, films and TV, shopping, spending time with family. (Twitter profile, 22 Jul 2021; Facebook profile, 27 Jul 2021)
Memorable sporting achievement
Winning a bronze medal in the 40kg category at the 2012 Paralympic Games in London. (Athlete, 20 May 2019)
Most influential person in career
Her son Duncan. "When I am in the backstage, thinking of him helps me a lot. There was a competition where Duncan was in the audience and after my second lift I saw him and it sort of helped me a lot to calm down and finish the competition pushing even harder. He is there smiling and it just makes you feel great because of it. I can't wait to come home to him after the competition." (paralympic.org, 29 Feb 2020)
Hero / Idol
Argentinian footballer Lionel Messi. (Athlete, 20 May 2019)
Sporting philosophy / motto
"Don't let anything stop you and get in your way." (britishweightlifting.co.uk, 30 Mar 2021)
Awards and honours
In 2016 she was named Sports Personality of the Year by Suffolk Sport in England. (ipswichstar.co.uk, 30 May 2017)

In October 2013 she received an honorary fellowship from the University Campus of Suffolk [UCS]. (eadt.co.uk, 24 Nov 2013)

In 2008 she was named Best Newcomer at the Wheelpower Sports Awards in Great Britain. (suffolkspartans.co.uk, 17 Aug 2010)
Ambitions
To compete at the 2020 Paralympic Games in Tokyo. (paralympic.org, 29 Feb 2020; bbc.co.uk, 19 Feb 2020)
Other information
MOTHERHOOD
In January 2019 she gave birth to her son Duncan six weeks early as he had grown too big for the womb. After being born, Duncan spent a further six weeks in hospital due to complications, but she returned to competition less than six months after giving birth. "Duncan wasn't planned - it was a shock when I found out I was pregnant. I thought it was my career over, but luckily I've got back into it. He weighed about six pounds [2.72 kilograms] when he was born, and they said if I went full term, he would have been 10 [4.53 kilograms]. Despite how big he was, I didn't really put that much weight on, so it was easy to lose that bit of weight. When he was born, there was something wrong with his stomach, and then it was his oxygen levels, so it was mostly six weeks being a prisoner in hospital." (bbc.co.uk, 19 Feb 2020)

EPILEPSY
She was diagnosed with epilepsy in 2011. "I've only had one fit [seizure]; it was in 2011. I was getting ready to watch my brother play football. I got out of the shower and [was] using the hairdryer and I had a fit. My parents thought I had electrocuted myself. From there I had tests which showed I was epileptic. When we go to competitions, I don't always go to the ceremonies because of the flashing lights." (britishweightlifting.co.uk, 30 Mar 2021) 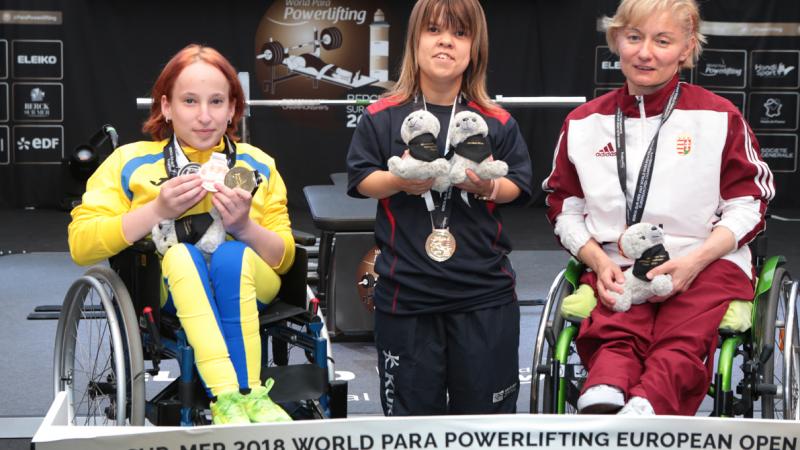