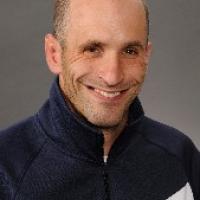 When and where did you begin this sport?
He took up the sport in 1995 after his accident.
Why this sport?
Shortly after his accident, a friend who raced wheelchairs recreationally gave him the chance to try the chair and he liked it.
Club / Team
University of Illinois Wheelchair Racing Team: United States

Impairment
He was injured during a mountain biking race in 1995 and was left paralysed. (dsusa.org, 24 Feb 2010)
Other information
DEBUT
He competed in the Chicago Marathon 15 months after his accident. Despite crashing only a few kilometres from the finish and suffering mild concussion, he completed the race. (usparalympics.org, 19 Apr 2011)

COACHING
During university he was trained by Marty Morse, the coach who trained seven-time Boston Marathon winner Jean Driscoll and world record holder Scot Hollonbeck. Three years after leaving the University of Illinois, he returned to replace Morse as head coach of the wheelchair racing team. (usparalympics.org, 19, Apr 2011, news-gazette.com, 15 Apr 2013)