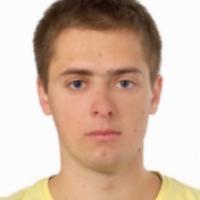 When and where did you begin this sport?
He began skiing in 1993 at the Specialised Youth School of Olympic Reserve in Shukolovo, Russian Federation. He switched to Para alpine skiing at age 14.
Why this sport?
He followed his brother into the sport.
Club / Team
Youth of Moscow: Russia
Name of coach
Alexander Nazarov [national, personal], RUS, from 2011

In 2014 he received the title of Honoured Master of Sport in the Russian Federation. (minsport.gov.ru, 14 Mar 2014)
Impairment
At age three he lost four fingers on his right hand, which got caught by the cable of a ski lift. He is unable to hold a ski pole in his right hand. "It's hard to keep balance without a pole, of course. My coaches have given me various exercises to keep my body in the proper position." (Athlete, 12 Mar 2014; ampgirl.su, 31 Aug 2012; paralympic.org, 04 Jan 2012)
Other information
FURTHER EDUCATION
He has studied sports management at Moscow State University in the Russian Federation. (beijing2022.paralymp.ru, 18 Feb 2022; Athlete, 08 Dec 2017)