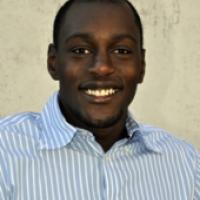 When and where did you begin this sport?
He took up the sport in 1991 after getting a racing wheelchair as a gift for his sixth birthday.
Why this sport?
In 1991 he visited the Care and Rehabilitation Exhibition in Dusseldorf, Germany. He saw a racing chair and was immediately interested. The company that produced the wheelchair liked him so much that they gave it to him as a gift, and he began racing. "At age five we went to a trade fair because we didn't know what we could do in Germany as a wheelchair user, and what new developments there had been. We found a mini racing wheelchair at a stand for a wheelchair company, and I was so fascinated. I asked if I could try and they let me. I flew around the hall and had so much fun. After that I kept asking my parents if we could go back to the trade fair."
Club / Team
SSF Bonn: Germany
Name of coach
Alois Gmeiner [club], GER; Marion Peters [national], GER
Training Regime
He trains 12 times a week at the SSF Bonn club in Germany.

He was named the 2006 Junior Sportsman of the Year in Germany. (alhassane-balde.de, 2010)
Ambitions
To win a medal at the 2020 Paralympic Games in Tokyo. (Sparhandy YouTube channel, 07 Nov 2019)
Impairment
He has paraplegia due to a medical error at birth. Doctors in Guinea did not realise that he was the second of twins and while pulling him out of the womb in breech position, his spine was injured. (alhassane-balde.de, 04 Sep 2015)
Other information
NEW RACING CHAIR
In 2019 a car manufacturer designed and built a new racing chair for him, worth more than 100,000 euros. He was unable to use it at the 2019 World Championships in Dubai, United Arab Emirates, as there was a problem with the steering, but he expected it to be ready for the 2020 Paralympic Games in Tokyo. "The carbon chassis felt good going forward and I was able to achieve a higher top speed. But there was a problem with the steering, which in turn created a problem going around corners. But there is enough time to solve the problem and get it ready for Tokyo." (general-anzeiger-bonn.de, 07 Nov 2019; general-anzeiger-bonn.de, 14 Dec 2018)

CONFIDENCE THROUGH SPORT
Participating in sport has built his confidence in dealing with everyday challenges both as a person with an impairment, and as a person with mixed heritage. "My father is from Guinea and my mother is from Munster, and has blond hair. This caused some issues. Growing up with this experience and knowledge, and feeling the stares of people, that sharpened my senses. Sport has had a huge influence on how I developed, because as an impaired person, I have always looked for chances to join in. I've tried to have a life and participate in society. Through sport I have built up my confidence and learned to define new goals, and that's something fundamental in my life." (dw.com, 30 Oct 2020)

FROM GUINEA TO GERMANY
Born in Guinea as the second of twin brothers, at age nine months he went to Dusseldorf, Germany, to receive medical treatment. He stayed with his uncle and his aunt. German doctors believed his chances of surviving in Guinea were less than in Germany, so at age five he was adopted by his uncle, and moved to Dusseldorf. He has travelled to Guinea several times and his twin brother has visited him in Germany. "Even though we grew up so differently, we are in direct contact with each other. As a person in a wheelchair I would not have survived in Guinea. I've gone through everything here [Germany] and got all the support. I feel like a German, but with Guinean roots." (dw.com, 30 Oct 2020; Sparhandy YouTube channel, 07 Nov 2019; halbekatoffl.de, 15 Aug 2019; alhassane-balde.de, 2010)