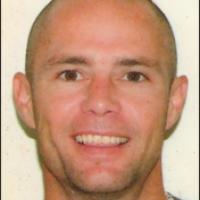 When and where did you begin this sport?
He began competing in shooting Para sport in 2011.
Why this sport?
"I was always looking for a sport similar to golf, an individual sport."
Club / Team
Kalamunda Smallbore Rifle Club: Perth, WA, AUS

Nicknames
Zap, Zappa (Facebook profile, 17 Jan 2019)
Sporting philosophy / motto
"Life is what you make it." (paralympic.org.au, 31 Dec 2016)
Awards and honours
In 2019 he was named Shooting Athlete of the Year and Para Shooter of the Year at the Shooting Awards Australia. (kalamundasrc.org, 01 Mar 2020)

In 2019 he won the International Athlete award at the Western Australia Shooting Association Awards. (kalamundasrc.org, 01 Mar 2020)

In 2017 he jointly named Para Shooter of the Year with Chris Pitt by Shooting Australia. (tokyo2020.org, 17 Nov 2020; shootingaustralia.org, 08 Nov 2019)
Other sports
He has competed for Australia in wheelchair racing, and in his teens he represented Western Australia in golf. (tokyo2020.org, 17 Nov 2020)
Ambitions
To win a gold medal at the 2020 Paralympic Games in Tokyo. (shootingaustralia.org, 20 Sep 2020)
Impairment
In 1989, at age 17, he was involved in a car accident in Western Australia that resulted in paraplegia. His girlfriend at the time was driving and lost control of the vehicle, causing the car to flip. "My fracture is known as a common seat belt fracture. The seatbelt saved me from going through the windscreen, but actually broke my back at the same time." (tokyo2020.org, 17 Nov 2020; againstthegrain.org.au, 01 Jan 2012)
Other information
GOLF SIMILARITIES
He enjoyed playing golf prior to his accident, and he feels that having a background in the sport has helped him in shooting Para sport. "There are a lot of similarities. I'm right into the precision of shooting and I like that the most. It's a mental game. Once you master the process, then it's all in your mind and golf is the same. You can hit the ball a mile but when it comes down to the pressure and controlling your mind, if you're not there with that you may as well not be playing. With shooting its very similar. I'd say it's a 99% mind game at the top level once everything is sorted with your equipment and your skill levels are up there. Then it all comes down to what's between your ears." (tokyo2020.org, 17 Nov 2020; shootingaustralia.org, 20 Sep 2020)

DOCUMENTARY
In 2010 he rode 5000 kilometres across Australia on a quad bike with three friends, including Australian wheelchair rugby Paralympian Craig Parsons. The journey was filmed and turned into a documentary named 'The Ride'. "I was asked to join them. After a few meetings, the plan had become bigger than 'Ben-Hur'. We decided to make a documentary where we would visit our crash sites as we traversed the country. Fellow rider Jim Cairns, also the assistant producer, sneakily talked my then fiancee Kate into having our wedding at Uluru [in the Northern Territories in Australia]. It was basically to show that anything is possible if you set your mind to it and get out there and make it happen." (tokyo2020.org, 17 Nov 2020; velvetantartdesign.com, 25 Mar 2013)

BAND ROADIE
He spent five years touring with Australian folk rock band 'The Waifs' as a roadie. He was initially invited to join the band for three or four weeks while he recovered from a burn injury. He had been aiming to compete in Para athletics at the 1996 Paralympic Games in Atlanta at the time. "I flew into Broome [in Western Australia] to meet up and didn't come back. I didn't see a winter for four years. I upset a lot of people in the sporting world back then, but I had a great time, four to five years travelling Australia in a wheelchair with some great people was something I wouldn't change." (tokyo2020.org, 17 Nov 2020; againstthegrain.org.au, 01 Jan 2012)