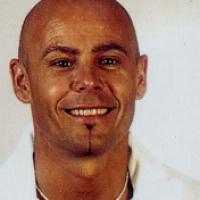 When and where did you begin this sport?
He began Para skiing in 1985.
Club / Team
GS Disabili Alto Adige: Bolzano, ITA

He was named the 2016 Athlete with an Impairment of the Year by the International Waterski and Wakeboard Federation Europe - Africa Confederation. (sportnews.bz, 17 Nov 2016)
Other sports
He has competed in Para waterskiing and Para wakeboarding at international level. (scinautico.com, 28 Aug 2013; sportnews.bz, 17 Nov 2016; scinautico.com, 07 Apr 2017)
Impairment
At age five he climbed a ski lift and fell between the wheel, which resulted in his left leg being amputated. (ognisportoltre.it, 07 Dec 2017; Athlete, 11 Mar 2014)
Other information
OTHER ROLES
In 1990 he co-founded Gruppo Sportivo Disabili Alto Adige, a sports club for athletes with an impairment. (lp.provinz.bz.it, 2018)