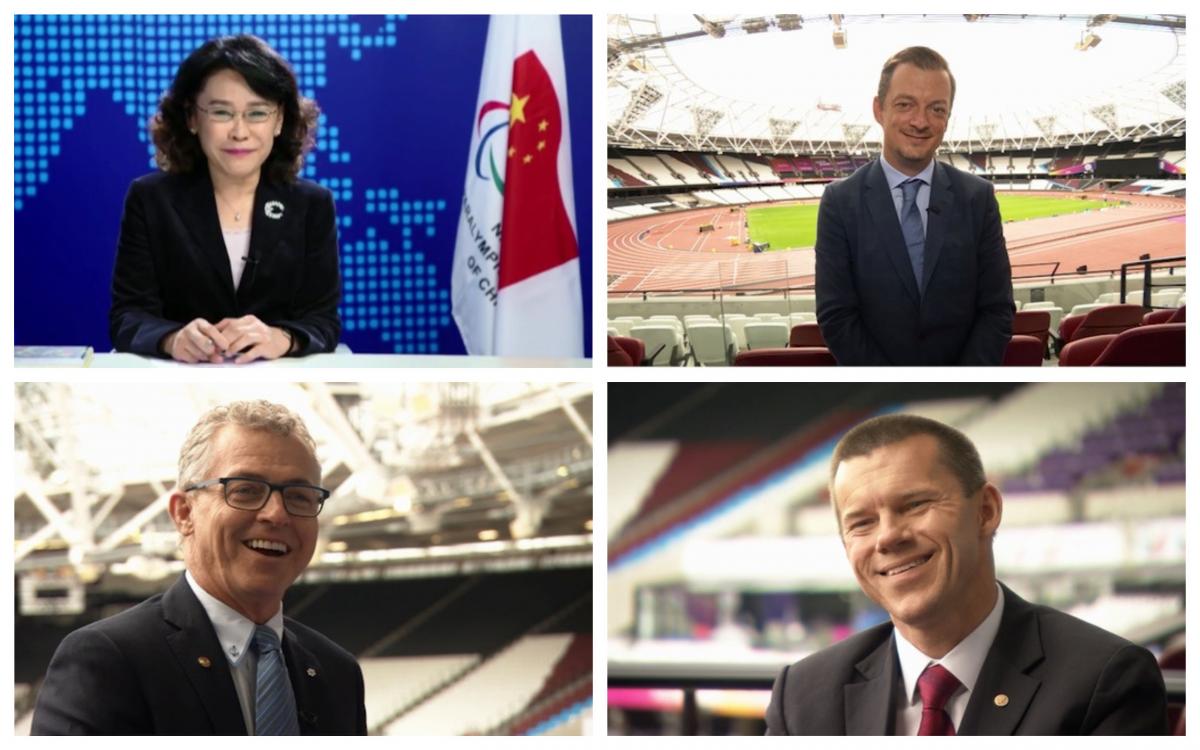 On 8 September in Abu Dhabi, UAE, at the 18th IPC General Assembly, the IPC’s membership will be invited to elect only the IPC’s third ever President.

Standing for election for the role is Canada’s Patrick Jarvis, Brazil’s Andrew Parsons, Denmark’s John Petersson and China’s Haidi Zhang. Jarvis, Parsons and Petersson are current members of the current IPC Governing Board with Parsons the organisation’s Vice President.

Ahead of September’s International Paralympic Committee (IPC) Governing Board elections, the IPC has published video interviews with the four candidates looking to replace Sir Philip Craven as President of the Paralympic Movement’s global governing body.

During the interviews filmed by BBC Sport, the four candidates answer questions which aim to give a greater insight into who they are and what they will bring to the Paralympic Movement if elected as President.

You can view these interviews in full on the right of this page.

The manifestos for the Presidential candidates, as well as candidates for other positions on the IPC Governing Board, are available to view here.

John Petersson is also standing for the position of IPC Vice President, alongside New Zealand’s Duane Kale. Kale is also a current member of the IPC Governing Board and his interview can be viewed in full on the right.

The UAE’s Majid Rashed withdrew his candidacy for Vice President on 14 August.

How does the IPC Governing Board election work?