How does the IPC Governing Board election work?

The 2017 International Paralympic Committee (IPC) General Assembly carries extra significance, as only the third IPC President in the Movement’s history will be elected on 8 September.

A new Vice President will be voted for, and IPC Members at Large also will be decided in Abu Dhabi, UAE.

Together the new Governing Board members are responsible for setting policies and ensuring that the directions set by the membership at the General Assembly are implemented.

So who gets to vote? How are the votes counted? How exactly does the election process work?

A member of the Electoral Commission, which is part of the IPC Legal and Ethics Committee, conducts the elections. Two scrutineers also are appointed to conduct each election and each round. Vote totals are disclosed after each round.

Any IPC member that is in good standing and in attendance at the General Assembly can vote. The IPC has 202 members made up of National Paralympic Committees (NPCs), International Federations (IFs), Regional Organisations and International Organisations of Sport for the Disabled (IOSDs). Currently 170 members are expected to be in Abu Dhabi and each has one vote.

How are votes counted?

Voting is conducted confidentially through electronic key pads. Each candidate for election is assigned a number, and the IPC member then keys in the number of the candidate they wish to vote for. After each round of voting the results are verified by the two independent scrutineers before the results are read out by the Chairperson.

The vote numbers are also reported to the members after each round.

How is the IPC President elected?

In this year’s case, there are four candidates: Patrick Jarvis, Andrew Parsons, John Petersson and Haidi Zhang. If any one candidate receives a majority of the votes (50 per cent plus one), that person will be the new IPC President.

If no one receives a majority in the first round, the candidate who received the least number of votes drops out, and another round of voting then takes place.

This round-by-round voting process continues until one candidate receives a majority.

In the event that two candidates are tied, a vote will take place between the two tied individuals. The individual with the most votes will advance to the next round.

If only two candidates are left and they are tied, a re-vote will be called.

When does the new President begin?

The newly elected President, Vice President and IPC Members at Large will assume their positions immediately upon election.

How is the IPC Vice President elected?

The process is the same as for the Presidency.

This year, there are only two candidates – Duane Kale and John Petersson – running, so there are not expected to be as many rounds.

In the event that John Petersson is elected President, the IPC membership will still need to elect Duane Kale as Vice President with a 50 per cent plus one majority.

How about the IPC Members at Large?

This year, 21 candidates are up for 10 available positions, and this is where it gets very complicated in terms of voting!

In the first round, each member casts up to 10 votes for their preferred candidates; members are not required to vote for a full 10. The candidates who each receive a 50 per cent plus one majority are elected.

For example, if there are five positions vacant, 10 nominees will proceed to the round and members are invited to vote for their five preferred candidates.

The nominee with the least number of votes after each round does not proceed to the next.

This continues until the full 10 Members at Large are elected with a majority.

Where can I find more details?

Detailed information on the election process can be found in the IPC Handbook, section 2.2, which is available online at Paralympic.org.

Remember, you can also learn more about the four IPC Presidential candidates through their video interviews and our Q&A online series. 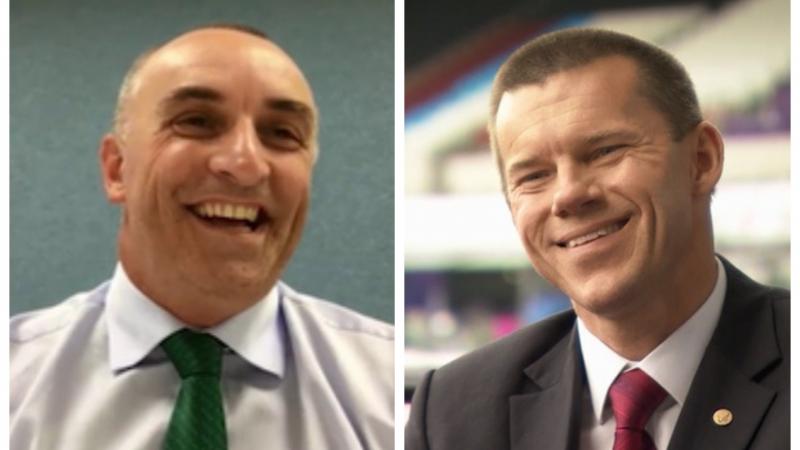